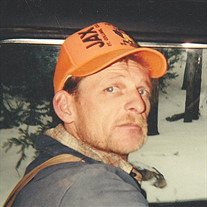 Bobby Joe Steffen, 56, of Fort Collins, passed away December 2, 2018 at home. Bobby was born May 24th, 1962 to Larry and Edna Steffen, in Fort Collins, where he was raised and where he met his wife, Judy Schiefer. They were married July 10,... View Obituary & Service Information

The family of Bobby Joe Steffen created this Life Tributes page to make it easy to share your memories.