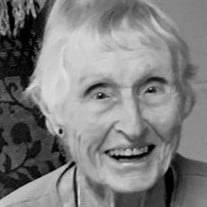 Coneda (Connie) Desmonia Falls Weatherly passed away on Tuesday, March 21, 2017 at the age of 95 after a brief illness. Her family was with her. Coneda was the third of six children born to James Andrew and Lydia Black Falls in Aplin, Arkansas. She was born on December 3, 1921. Her father died when she was only eight, and her mother was left with six young children to care for. This was during the depression, and her mother worked at any odd job she could to support her family. It was a source of pride that all six of them had successful careers. She spent her childhood in Aplin, Arkansas where she graduated from high school. She spent a year in California working, which was a great adventure for her. However, she missed her family and returned to Arkansas. She entered nursing school, and while studying at St. Joseph’s Hospital in Hot Springs, a nursing friend decided to join the Army, so Coneda joined with her and became an Army nurse. She rose to the rank of First Lieutenant. Her Army nursing friends all remained close throughout their lives, and they had several reunions over the years. While an Army nurse, she met the love of her life, John Weatherly, an Army private from Minnesota. She outranked him, which was always a source of amusement to them. They were stationed at Fitzsimmons Army Hospital in Denver, where they started their family. They raised four children in Colorado, Wyoming, and Utah. They moved their young family to Fort Collins in 1963. They were charter members of the Evangelical United Brethren Church on Drake, which became the United Methodist Church. They remained in the same house near City Park until 2008, when they moved to an Independent Living Facility. After John’s death she remained there for two years, then moved in with her son Tom and his wife before transitioning to Collinwood Assisted Living Facility. She was a stay-at-home mom for several years, eventually continuing her career as a nurse. She worked in several nursing homes in Fort Collins, and always worked nights so she would be home when her children came home from school. She made everyone a hot breakfast when she got home from work in the morning, and often had cookies and hot chocolate ready after school. They spent several years taking care of two of their grandchildren, which really gave them a new lease on life and something fun and worthwhile to do. They forged a wonderful relationship with all of their grandchildren, and attended many games, concerts, and plays to support them over the years. John and Connie enjoyed taking road trips. Many summer vacations were spent driving long hours to visit friends and relatives. They often went to Oregon to visit their daughter and her family. Their home was a welcoming stopover for friends and family traveling through Colorado. She loved her children unconditionally, and if possible, she loved her grandchildren and great-grandchildren even more. She was kind, loving, and a very hard worker. She loved to walk with her friend Johnnie, a fellow nurse, and they walked many miles around Fort Collins until they no longer could. She loved to embroider, and most of her friends and family have dishtowels she made. She recognized her spiritual condition at the age of 93, and was baptized into Christ. She is a member of the church of Christ. She was preceded in death by John, her husband of 55 years, and all of her siblings. She is survived by her children Cindy (Mark) of Sunriver, Oregon; Jim, of Boulder; Tom (Michelle) of Fort Collins; and Susan of Denver, along with six grandchildren and four great-grandchildren. Goes Funeral Home is in charge of the arrangements. No service will be held. Her ashes will be taken to Aplin, Arkansas, where she will be buried with her husband in the family plot. In lieu of flowers, donations may be made to Collinwood Assisted Living Facility, 5055 S. Lemay Avenue, Fort Collins, CO 80525 towards a fund to help needy residents.

Coneda (Connie) Desmonia Falls Weatherly passed away on Tuesday, March 21, 2017 at the age of 95 after a brief illness. Her family was with her. Coneda was the third of six children born to James Andrew and Lydia Black Falls in Aplin, Arkansas.... View Obituary & Service Information

The family of Coneda Desmonia Weatherly created this Life Tributes page to make it easy to share your memories.