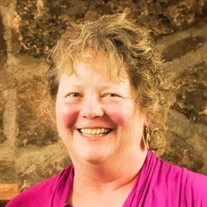 Connie Jean Schubert, 68, of Fort Collins, Colorado, passed away at home on Wed, June 30, 2021. Born in Chicago on January 29, 1953, to Lorraine M. and Leo J. Hirsch, she was raised in Park Ridge, Illinois. After graduating from Maine South High School, Connie attended the University of Illinois at Champaign-Urbana and graduated in 1976 with a degree in Biology teaching. While at the University of Illinois, Connie met her future husband Michael R Schubert (Mike). They met during new student week her freshman year before classes even started, soon fell in love and have been in love ever since. Connie was such an important and integral part of Mike’s life that it will never be the same without her. After graduating from college, Connie accepted a teaching job in Illinois before relocating to and teaching in Greeley, CO, so she could live closer to Mike. They were married on Aug 12, 1978, and in 1981 their first son Michael Joseph (Joey) was born. Their second son, Jonathan James (Jon), soon followed in 1983. Shortly after the birth of Joey, Connie stopped working so she could devote herself to taking care of her husband and children. This allowed Mike to pursue his career at Hewlett Packard. Mike never worried that the care of their children would suffer from his long hours working as they were in such loving hands. Connie was selflessly devoted to her children and spent significant time and energy ensuing that they had a well-rounded and active upbringing. One could say she lived for them. She drove them to and from elementary school every day, to youth sports, band, science camps, and other extracurricular activities. It was the greatest joy of her life to see her sons grow into young men and marry the loves of their lives, whom she welcomed into the family as the daughters she never had. In addition to being a devoted and loving wife and mother, Connie was a devoted daughter, grandmother, sibling, friend, and community member. She traveled from Colorado to Illinois to help with her parents care as they aged, enjoyed sending gift packets to her grandchildren living in Japan, was the ever present and selfless family peacemaker and confidant, always had time for her friends in need, and gave generously of her time to her son’s elementary school and to local charities. One such charity was Mary’s Closet which distributed free clothing to the needy. At times Connie would even adopt a person or family whose plight touched her heart and she would provide extra assistance to them beyond that which Mary’s Closet provided. Connie stoically faced numerous health issues which started soon after her graduation from high school, including a lifelong battle with bipolar mood disorder. After major surgery in April she ultimately lost her battle and God took her into his arms forever. Connie would want everyone to know that they should not grieve for her, but should be thankful that she is finally at peace. Connie is survived by her husband Mike; her sons Jon (Andrea) and Joey (Christine); her grandchildren Ethan and Emma; her siblings James Hirsch (Polly), Gerald Hirsch, Thomas Hirsch (Amy) and Debra LaMee (Herb); numerous nieces and nephews whom she adored; and adult lifelong friends. Visitation for Connie will be held from 10 AM to 11 AM on Friday, July 9th at Saint Elizabeth Ann Seaton Parish in Fort Collins. A Catholic Mass of Christian Burial will start at 11 AM following the visitation. A luncheon will follow immediately after the Funeral Mass in the parish hall. Internment of Connie’s cremated remains will occur the morning on Saturday, July 10th at a location and time to be announced. In lieu of flowers please consider making a donation in memory of Connie to the Homeward Alliance of Fort Collins. Online: https://homewardalliance.z2systems.com/np/clients/homewardalliance/donation.jsp or If you prefer to make a donation by check, please mail to Homeward Alliance P.O. Box 873 Fort Collins, CO 80522-0873. Please include your mailing address, and a thank you/tax receipt will be sent promptly.

Connie Jean Schubert, 68, of Fort Collins, Colorado, passed away at home on Wed, June 30, 2021. Born in Chicago on January 29, 1953, to Lorraine M. and Leo J. Hirsch, she was raised in Park Ridge, Illinois. After graduating from Maine South... View Obituary & Service Information

The family of Connie Jean Schubert created this Life Tributes page to make it easy to share your memories.