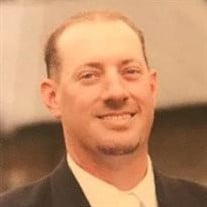 Daniel Arthur Sollee, Jr., 45, of Fort Collins, passed away surrounded by his family on October 26, 2018. Dan was born March 21, 1973 to Dr. Daniel and Nancy Sollee of Colorado Springs, Colorado; he graduated from Mitchell High School in Colorado Springs. As a young boy & throughout high school his love for the outdoors and sports were apparent, as Dan excelled at baseball, basketball and football playing at the varsity level in high school. He went on to earn his bachelor’s degree from Colorado State University in Fort Collins. During his time at CSU, Dan was active in Sigma Nu fraternity, where he created lifelong friendships. During college at CSU Dan started working at The Sundance Steakhouse and Saloon, staying there many years, enjoying his free time in his beloved mountains and again creating lifelong friendships with his co workers as well as meeting his wife Meg. Later, Dan worked in home building as a superintendent, with Keller Homes in Colorado Springs, CO and recently Richmond American Homes in N. Colorado. He took a break from building for a short time, and worked for BNSF Railroad as a train conductor, before returning to the industry. Dan also worked closely with his wife, Meg, at their business building and refinishing furniture. On July 3, 2008, Dan married Meagan (McGuire)Sollee. Their two children, Ashton and Quinn, were the focus of his life. He was involved with everything they did, never missing a single one of Ashton’s dance recitals in 13yrs, coaching their sports teams, golfing or fishing with Quinn and just spending time with his family was his focus. Dan was always at home in Colorado. He loved being outdoors,skiing, biking, golfing, camping, hiking and spending time in the mountains, as well as watching his beloved Yankees & Duke basketball. He was a big guy – 6’4” – but he had a gentle spirit. His calm presence, always gentle in life, will remain with those he loved. His quick wit, sense of humor and striking blue eyes will be missed by all who knew him. Although his wings were ready our hearts were not. Dan is survived by his wife, Meagan Sollee; children, Ashton and Quinn Sollee; father, Dr. Daniel Sollee Sr. (Esther); mother, Nancy Sollee; and sister, Tina Adams (Tom). And a large extended family of aunts,uncles & cousins. A Celebration of Dan’s life will be held at 3:00 pm, December 8 at the Sigma Nu House at Colorado State University.

Daniel Arthur Sollee, Jr., 45, of Fort Collins, passed away surrounded by his family on October 26, 2018. Dan was born March 21, 1973 to Dr. Daniel and Nancy Sollee of Colorado Springs, Colorado; he graduated from Mitchell High School in... View Obituary & Service Information

The family of Daniel Arthur Sollee created this Life Tributes page to make it easy to share your memories.