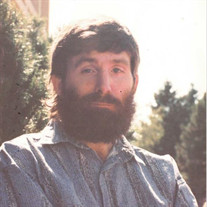 David Edward Barth, age 67, passed away on February 2nd, 2020 in Ft. Collins, Colorado, due to a heart attack. He was born December 22, 1952 to Clifford U. and Kathryn V. Barth in Alliance, Nebraska. From a young age, David enjoyed being outdoors – skiing, hiking, golfing, fishing, hunting and horseback riding. He attended school in Alliance, NE, graduating in May of 1971. He was active in band and sports, with his favorite sport being football. He received an Associate Degree from Nebraska Western College. The joy of David’s life was his daughter Stephanie and his granddaughter Ali. David worked in construction and in a factory in Scottsbluff before moving to Laramie, Wyoming where he worked in appliance repair. At the age of thirty three he suffered a cerebral bleed and was taken to Ft. Collins, Colorado where he began his fight to live. He was in a coma for several months. His family was by his side and wondered if he would recover. He persevered and began his recovery, relearning how to talk, how to take care of himself, and how to get around in a wheelchair. No one thought he would be able to live on his own He was very determined to be on his own and through much work on his part and help from his voice therapist, he was able to move into his own apartment and begin living independently and on his own – amazing everyone who knew him. David wanted to be able to support himself so he took computer classes in data entry, became quite proficient, and landed a job with the US Forest Service where he worked till he retired in 2018. David’s favorite past time was watching sports, especially Nebraska football, and always kept his brother and sister apprised of the games so they wouldn’t miss any. He also enjoyed helping his mom run the family farm. David is survived by his daughter Stephanie Barth and granddaughter Ali of Hastings, Nebraska; his mother Kathryn Barth of Crawford, Nebraska; his brother James Barth (Jeanie) of Beaverton, Oregon; his sister Ellen Gartner (Bill) of Crawford, Nebraska; two nieces, one nephew, and several grand nieces and grand nephews. He was preceded in death by his father Clifford Barth of Alliance, Nebraska and his uncle Donald Barth of Rushville, Nebraska; and a baby niece. There will be a family service at a later date.

David Edward Barth, age 67, passed away on February 2nd, 2020 in Ft. Collins, Colorado, due to a heart attack. He was born December 22, 1952 to Clifford U. and Kathryn V. Barth in Alliance, Nebraska. From a young age, David enjoyed being outdoors... View Obituary & Service Information

The family of David Edward Barth created this Life Tributes page to make it easy to share your memories.