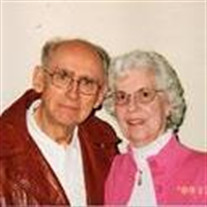 David H. Mack was born on August 29, 1937 in Cincinnati, Ohio to Roseann (Amanns) and Charles H. Mack. He was the youngest of 9 children. Growing up, he enjoyed baseball and avidly followed the Cincinnati Reds. He also enjoyed riding the streetcars in downtown Cincinnati with his siblings, to go see the latest movie at the theater. He married Pamela Ann Pottenger of Dayton, Ohio on October 24, 1959 and together they spent their first years of marriage as full time ministers of Jehovah’s Witnesses; sharing the Bible’s message with others. In 1962 David was appointed as a Circuit Overseer, a traveling representative of Jehovah’s Witnesses. He very much appreciated and enjoyed this avenue of service and together they visited many states; encouraging the congregations in those areas. Even after the birth of their daughter, Charise, on November 23, 1971, they were able to continue from time to time in this privilege until 1978. After Pam’s death, David married Mary L. Zike of Indianapolis, Indiana on August 10, 1991. Together, he and Mary enjoyed traveling and sightseeing throughout the United States. David passed away on July 21, 2016 at the Columbine West Health and Rehab facility in Fort Collins, Colorado. The family would like to thank the staff at Columbine for their exceptional care and support of David throughout the time he was there. David firmly believed in the Bible’s hope of a resurrection and looked forward to the time on earth described in (Revelation 21:3-4) when Jehovah God “will wipe out every tear from their eyes, and death will be no more, neither will mourning nor outcry nor pain be anymore.” He was comforted in knowing that, under God’s Kingdom with Jesus Christ as King, Jehovah God “will swallow up death forever” (Isaiah 25:8) and he had the hope of a happy, unending life with family and friends in a paradise earth under that Kingdom. (Psalms 37:11, 29) David is survived by his wife, Mary; his daughter, Charise (Christian) Hampton; Mary’s daughters, Cheryl (Richard) King, Susan (JR) McLaughlin, and Laura (Michael) Cooper; Mary’s son, David (Mayra) Zike, as well as many grandchildren and great-grandchildren. He also leaves behind his sister, Bobby Jo McFarland and his brother, Charles (Betty) Mack, as well as many nieces and nephews.

David H. Mack was born on August 29, 1937 in Cincinnati, Ohio to Roseann (Amanns) and Charles H. Mack. He was the youngest of 9 children. Growing up, he enjoyed baseball and avidly followed the Cincinnati Reds. He also enjoyed riding the streetcars... View Obituary & Service Information

The family of David Harold Mack created this Life Tributes page to make it easy to share your memories.