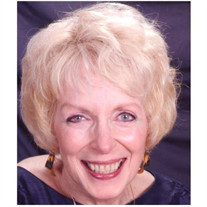 An ANGEL has left us to go reside with the other ANGELS!