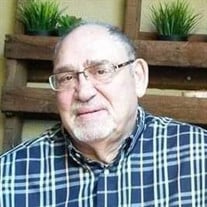 Donald “Don” Gary Chaplain, 75, of Fort Collins, passed from this life on Tuesday, September 7, 2021. Don was born in Des Moines, Iowa on November 29, 1945 to parents Donald and Ruby Chaplain. He grew up in Des Moines, graduated from Roosevelt High School, and earned his bachelor’s from Drake University in 1967. During college, Don was part of the Air Force Reserve Officers Training Corp and he went on to serve in the U.S. Air Force from 1967 to 1972, at which time he was honorably discharged as a captain. During this time, Don met Mary Belle Martin and the two were married on April 6, 1968. During Don’s time in the military, they had two children, John and Julie. After the Air Force, Don worked for International Paper Company in Property Development which took the family from Galesburg, Illinois, to Lansing, Michigan, to Myrtle Beach, South Carolina. After International Paper, Don pivoted in his career to focus on Economic Development for his home state of Iowa, working for the Waterloo, Iowa Chamber of Commerce, then becoming Director of the Chamber of Commerce and Economic Development Corporation for Charles City, Iowa. Finally being recruited to the University of Northern Iowa’s Institute for Decision Making, where for 18 years he traveled the roads of Iowa serving communities of all sizes with economic development ideas, guidance, service and mentoring. Don retired from this position in December 2010, after which, he and Mary relocated to Tucson, Arizona where they lived until 2017, when they relocated a final time to be near their children and grandson, in Fort Collins, Colorado. Don dedicated his time as a member and then served as President of the Professional Developers of Iowa; and he was a member and served as President of the Mid-American Economic Development Council, a 10-state organization. He was also a member of the Charles City Elks Club Lodge #418. Don had a passion for golf which started with his own father’s passion for the game. Don helped pull together a group of golf friends, forming “The Cheap Tour”, that traveled South each winter from Iowa for 24 years. One of Don’s proudest awards was winning Cheap Tour XVIII in 2011. He also was a fan of the Drake Bulldogs, Iowa Hawkeyes, the Minnesota Vikings and the Minnesota Twins, as well as the football team close to or where he resided. He was passionate about following the NBA, NFL, and PGA. Don’s family and extended family were always thrilled during the summer holidays to eat his home-made ice cream. Don is survived by his wife Mary, his children John (Ed) and Julie, and his grandson Jack. A military committal service will take place at 1:30 pm on Friday, October 15, 2021 at Fort Logan National Cemetery, Staging Area B. In lieu of flowers, the family requests that Don’s memories be honored with a donation in his name to the Fort Collins Youth Golf Fund, found at https://www.fcgov.com/golf/youth-golf-fund.

The family of Donald Gary Chaplain created this Life Tributes page to make it easy to share your memories.