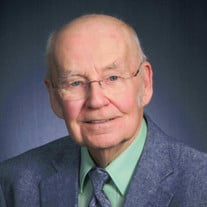 “There is an appointed time for everything, a time to be born, and a time to die.” (Eccl 3) That time for Tom Quan was Sunday, December 27, 2020 when he passed away from complications of water on the brain at his home. Tom was proud of our country – proud to be an American, proud to be an Irishman, and proud to be a baker of assorted breads. He was strong, smart, and quiet. Now be at peace Tom, we love you. The second of three sons, born to Margaret McMannis and John J. Quan, Sr., Tom came into this world October 27,, 1936 in Chicago, Illinois. He grew up in San Francisco, CA, where he graduated with Honors from Riordan High School and obtained an AA degree in pre-med studies at City College of San Francisco. After receiving an AB in Zoology from the University of California, Berkeley, he was employed as a biologist with the Plague Laboratory of the Centers for Disease Control, in San Francisco. Seven years later he returned to school, first at the University of Minnesota in Minneapolis where he received an MPH in Environmental Health; then at the University of Michigan at Ann Arbor where he was awarded a PhD. in Environmental Health Studies, and specializing in Public Health Microbiology. Before completing his doctorate, Tom returned to the plague laboratory, which had relocated to Fort Collins, CO, where he took the position of chief Microbiologist of the Plague Section (later the bacterial Zoonoses Section). His work with the CDC took him to various State Health Laboratories in the United States, Ecuador, Bolivia, Saudi Arabia, and Indonesia where he presented workshops on the laboratory diagnosis of plague and related diseases. He authored or co-authored numerous scientific articles on plague, tularemia, pasteurellosis, and yersiniosis. He was an Affiliate Faculty Member of the Department of Microbiology and Environmental Health and presented a number of lectures to students of the School of Veterinary Medicine and students in Wildlife Biology. Tom retired after 30 years with the government and worked part-time as a Quality Control Microbiologist for Imu-Tek Animal Health Inc., Fort Collins for almost 15 years. Concurrently, he also taught one or two Introductory Microbiology courses (primarily to nursing students) at a local community college for 13 years. He also taught one 13-week laboratory and lecture courses on the Microbiology of Brewing at the Anheuser Busch Brewery in Fort Collins. Tom married Kathryn A. (Kay) Glass in October 1974. They resided in Fort Collins until September 1989, when they purchased the historic Livermore Hotel and old General Store and Post office in Livermore, CO. Kay and Tom continued the restoration of the Hotel and General Store started by the previous owners (Freida and Jim Miller). Kay’s dad, Herman A. Glass Sr., accomplished much of the actual work thereon, and a large number of volunteers were involved, especially with work on the General Store and Post Office. One of the points of pride for Kay and Tom was the achievement of the property’s nomination for, and placement on, the National Register of Historic Properties on Sept. 11, 2001. In April 2008, they sold the property and moved back to Fort Collins. Tom enlisted in the California Army National Guard in 1956 and served 8 years active duty in the 126th Medical Battalion and 2 years inactive duty before discharge. Tom was an active member of St. Joseph Catholic Church in Fort Collins where he served as an Eucharist Minister of Holy Communion and a Lector; over the years he had participated in several other ministries (Welcome Ministry, moderator of Instruction of parents and godparents of children scheduled for Sacrament of Baptism, member of several Parish committees, and periodically, a counter of the weekend contributions). Tom was also a foster father to David and Paula Legleiter. Tom was preceded in death by his parents, and two brothers, John Jr. and Glenn. He is survived by his wife Kay; his sister-in-law Jutta Quan of Burley, ID; brothers-in-law and sisters-in-law James Glass of Edmond, WA, Mary (Richard) Runnion of Agra, KS, Agnes Glass of Loveland, CO and Hilda (Bob) Dennis of Altoona, KS and numerous nephews and nieces. Memorial Mass will be held for Tom at 10:00 am, Thursday, December 31, 2020 at St. Joseph Catholic Church in Fort Collins. The Mass will also be streamed live online for those unable to attend in person. Either of the following links will take you to the live stream: https://www.youtube.com/channel/UCfTYqQ96sVNl3ED-UZFF0eA https://www.facebook.com/StJosephChurchFC/

&#8220;There is an appointed time for everything, a time to be born, and a time to die.&#8221; (Eccl 3) That time for Tom Quan was Sunday, December 27, 2020 when he passed away from complications of water on the brain at his home. Tom was proud... View Obituary & Service Information

The family of Dr. Thomas J. Quan created this Life Tributes page to make it easy to share your memories.

“There is an appointed time for everything, a time to be born,...