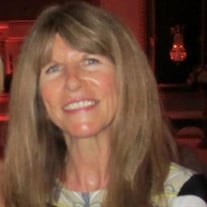 Elizabeth &#8220;Liz&#8221; Eckel Neff, 63, passed away on July 24, 2019, at UCHealth Poudre Valley Hospital in Fort Collins, Colorado after surgical complications. To have known Liz is to have loved her. She had a great sense of humor that... View Obituary & Service Information

The family of Elizabeth "Liz" Eckel Neff created this Life Tributes page to make it easy to share your memories.