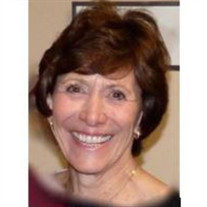 Fort Collins – Ellen Kay Rademacher, aged 81 of Fort Collins, Colorado went to be with the Lord and her beloved husband Robert, on November 12, 2021, surrounded by her children. All that knew her know that she died of a broken heart after losing her husband of nearly 60 years in 2020. Ellen Schmalken was born April 30, 1940 on a farm in a humble setting outside of Lexington, Nebraska to Louis and Mary Schmalken. Ellen was the second of three children: her younger sister died as an infant, and her older sister Marilyn, whom she grew up with and loved dearly. As a child on a farm in Nebraska, Ellen discovered her love for animals and was involved in 4-H and had many pets through the years. Ellen attended a one-room schoolhouse for most of her grade school years and was the only girl in the school for many of them. She developed a love for sports, especially baseball. She graduated from Beaver City High School, where she was part of the cheer squad, played drum in the band, and played on the volleyball team. Her love of school and her experiences there were a constant pride that she spoke of often. It was at Beaver City that she met a young first year business teacher and coach, Robert Rademacher, and the story of their life and love began a year after graduation. Ellen married Robert in 1960 in Holdrege, Nebraska where she worked in an office and had her first apartment. After they were married, Ellen and Robert moved to Omaha where Ellen had an office job and attended classes at the University of Nebraska, Omaha. It was in Omaha that they began their family, as Robert was a teacher and coach at Westside High School. After moving from Omaha to Lincoln to allow her husband to finish his post graduate work, they moved to Fort Collins in the fall of 1969. In Fort Collins they continued to grow their family, where Ellen was a loving mom to her four children. She was a member of First Presbyterian Church for over 50 years and held positions and joined many groups and activities there; helping with Vacation Bible School, leading a youth group with her husband, serving as a Deacon and being a part of Wings were some of her favorites. While Ellen's most beloved role was as a wife and mother, she also distributed MaryKay, worked as a home daycare provider, and then in the library of Rocky Mountain High School. Ellen loved having family and friends over as she hosted every holiday, birthday and many other occasions, and if the Nebraska Cornhuskers or a major sporting event was on TV, she would have a feast ready for everyone in attendance. Ellen loved to play tennis and joined many leagues and socials through the years. Ellen loved to travel and she and Robert spent many years seeing the world. She visited California, Hawaii, Las Vegas, and Branson, Missouri often. Some other highlights included Denmark, England, France, Mexico, and Alaskan and Caribbean Cruises. Ellen’s life revolved around her family and the love of her life, Robert. Her children Greg, Lori, Marc and David were blessed to have the most wonderful, loving, devoted mom. Her 11 grandchildren were the sparkle in her eye and a source of pride and joy. She loved attending their concerts, recitals, graduations, and sporting events. All that knew her will remember Ellen as a kind, loving, social, beautiful person that loved Jesus, reading, singing, dancing, children, flowers and the Colorado Rockies. Doing life without her seems almost impossible. Ellen is survived by, her sister Marylin Ross of Yorba Linda, California, her four children, Greg Rademacher and wife Courtney of Fort Collins, Lori Rademacher Wurth and husband James of Frederick, Colorado, Marc Rademacher and wife Shannon of Fort Collins, David Rademacher and wife Betse of Firestone, Colorado, her 11 grandchildren: Tyler, Jake, Gracie and Zac (Greg and Courtney), Noah and Hannah (Lori and James), Joe, Reagan and Peter (Marc and Shannon) and Ryan and Rachel (David and Betse). She is preceded in death by her husband, Robert, her parents, Louis and Mary, and her infant sister, Sharie. Services will be held Friday December 3rd, 2021, 3:00 p.m. at First Presbyterian Church, 531 S College Ave, Fort Collins, CO, all are welcome. Contributions in Ellen's memory may be made to First Presbyterian Church of Fort Collins or Pathways of Larimer County.

Fort Collins &#8211; Ellen Kay Rademacher, aged 81 of Fort Collins, Colorado went to be with the Lord and her beloved husband Robert, on November 12, 2021, surrounded by her children. All that knew her know that she died of a broken heart after... View Obituary & Service Information

The family of Ellen K. Rademacher created this Life Tributes page to make it easy to share your memories.