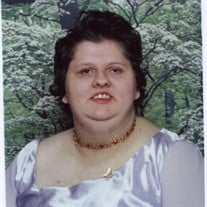 Felicia Marie Wendt, age 33, of Fort Collins, Colorado, died on March 29, 2022. Felicia was born October 29, 1988, in Rapid City, South Dakota to parents Robert and Janet Wendt. She spent her early childhood in Spearfish, South Dakota until the family relocated to Colorado. After living in Fort Collins she and her mother moved to Denver for a year and a half and then to Corvallis Oregon, where she attended Crescent Valley High School. They then moved back to Fort Collins and Felicia graduated from Rocky Mountain High School. She continued her education, studying art and music in college. Felicia participated in Special Olympics, and was active in Brownies and 4-H for a few years as well. She loved anime, WWE wrestling, and all sports, closely following CSU sports, the Rockies, the Broncos and the Nuggets. Felicia was involved in the Catholic community as a member of the Knights Angels. Friends and family will miss Felicia’s fun-loving and strong-willed spirit. She is survived by her mother, Janet Wendt; brother, Lynn Wendt; her niece, Victoria Wendt of Plano TX; Aunts, Kay Morgan, of Mitchell SD, Annabelle Hoffman of Parkston SD, and Marlys Elliott of Salem SD; Uncles, Albert Keith Wendt of Marion SD, Dr. Al Ernster of Colorado Springs CO, Ed Engel of Loveland CO, Jim Ernster of Mitchell SD, and Glen and Gene Ernster of Yankton SD; as well as numerous cousins. Felicia was the youngest grandchild of 55 cousins on the Ernster family. She was also the youngest cousin of the Wendt grandchildren. A special survivor is her cat, McKinley. She was preceded in death by her father, Robert; her brother, Lee; and several cousins. A Rosary will take place at 10:00 am, followed by Mass at 10:30 am, Thursday, April 7, 2022, at St. John XXIII Catholic Church in Fort Collins. A reception will follow at the Knights of Columbus Hall. Felicia will be laid to rest next to her father at Graceland Cemetery in Fulton, South Dakota. Burial service will be at 4:00 pm, Monday, April 11, 2022 followed by a reception at the Moose Lodge in Mitchell, South Dakota.

The family of Felicia M. Wendt created this Life Tributes page to make it easy to share your memories.