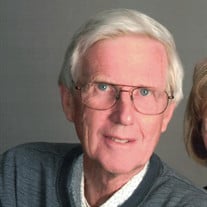 Frank DeMeyer, 82, of Fort Collins, Colorado, passed away at home on December 20, after a long battle with LGL leukemia and Multiple Myeloma. Frank was born in San Francisco on November 7, 1939, to Henry DeMeyer and Genevieve Early. When he was 7 the family moved to West Seattle where Frank attended Holy Rosary Elementary, Seattle Prep High School and Seattle University where he graduated with a degree in Mathematics. He went on to get an M.S. and Ph.D. in mathematics from the University of Oregon. His first position was at Purdue University followed by his 37-year tenure in the math department at Colorado State University. Frank considered CSU Math Department to be his dream job. He loved his work and his colleagues, who were also his friends and remained so into retirement. He found joy in working with his many graduate students. He inspired them and was also inspired by them. During graduate school his fellow grad student, Gerald Janusz, and his wife Sue, introduced him to Annette Janusz. A short time later Frank and Annette were married and began their life together in Fort Collins. They welcomed their children, Carolyn, Lisa, and Mark. When the children came a new meaning of love and gratitude came into their lives. As their children grew and studied and chose professions, Frank’s admiration for his children grew. With Carolyn, Frank enjoyed having philosophical and literature discussions. Frank and Lisa shared a love of mathematics and co-authored a math paper. Mark brought music, discussions about teaching, and good-natured friendship to Frank’s life. His five grandchildren, Jasmine, Evan, Lauren (Mark and Robyn), Olivia (Lisa and Peter), and Ely (Carolyn) were his pride and joy. In his younger years, Frank enjoyed middle distance running, hiking, fishing, and boating. In retirement Frank took up duplicate bridge and joined the Northern Colorado Bridge Unit of the ACBL where he was able to continue his competitive spirit by winning Master Points and was fortunate to make many new friends. Frank was a long-time member of St. Joseph’s Catholic Church in Fort Collins. In recent years, Frank and Annette enjoyed many happy outings to downtown Fort Collins where together they enjoyed cups of tea and coffee at Little Bird Bakeshop. Frank often said that he had been “lucky” all his life. He is survived by his wife Annette, children, Carolyn, Lisa (Peter Vermeire) and Mark (Robyn), sister Alice Van Oppen (Phil), his brother Richard (Carol), and five grandchildren. The family is grateful for each and every person in health care, including the wonderful people from Pathways Hospice who helped care for Frank in his final days at home. Services will be held at a later date. Donations may be made to the Dr. Frank DeMeyer Fellowship in Mathematics at Colorado State University.

Frank DeMeyer, 82, of Fort Collins, Colorado, passed away at home on December 20, after a long battle with LGL leukemia and Multiple Myeloma. Frank was born in San Francisco on November 7, 1939, to Henry DeMeyer and Genevieve Early. When... View Obituary & Service Information

The family of Frank DeMeyer created this Life Tributes page to make it easy to share your memories.

Frank DeMeyer, 82, of Fort Collins, Colorado, passed away at...