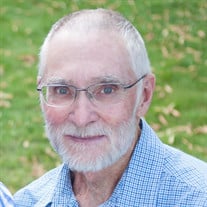 Gary Eugene Smith, 69, Loveland, CO, passed away at home on November 7, 2019 of natural causes. He was born in Shell Lake, WI to Thaine Wesley and Marjorie Ilene Smith. He graduated from Northwoods High School in Minong, WI in 1968 and went on to attend the University of Wisconsin-Superior (UWS), obtaining a Bachelor of Fine Arts Degree in Art Education in 1972. He taught elementary art for three years in rural North Central Wisconsin before returning to UWS to work towards a Master’s Degree in School Counseling. After a short period working in sales near Madison, WI, he returned to UWS and earned his MS in Education in 1984. This began the remainder of his work career in school counseling, starting in Superior, WI working at various schools throughout the district with K-12 students, until his retirement in 2016 from the St. Vrain Valley School District in Longmont, CO, where he spent 15 years as the School to Work Alliance Program (SWAP) Coordinator. He received the district’s Star award in 2005 for his work with the SWAP program. Gary and his wife Lauren Elizabeth (Bratt) were married in 1973 in Carlton, MN. They celebrated their 46th anniversary this past July with a trip to Alaska that Gary always dreamed of taking. He enjoyed traveling, hunting, fishing, and gardening. He continued his interest in art by taking pottery classes at the Chilson Center for many years and watercolor painting. Last year he and Lauren started taking Tai Chi classes at Chilson and enjoyed being around his classmates and exceptional instructor. Most of all, he enjoyed spending time with his grandchildren and never felt he saw enough of them! Whether it was going to cultural events with his ‘peanut’, Madi, going hunting or watching Brady play baseball or going to Texas to see AnnaMae and Landry, he loved every minute of it! Gary and Lauren moved to Loveland in 1996 and subsequently purchased the Lovelander Bed and Breakfast Inn, in downtown Loveland, CO which they operated together until 2002. In 2004, Gary was diagnosed with tonsil cancer; although he survived, his treatments left him with many lingering issues, which had a major impact on how he lived the remainder of his life. He was constantly battling some ill affect; however, he did his best to remain positive. For his care over the years, the family would like to thank, Dr. Sarvjit Gill, Dr. Paolo Romero, Dr. Steven Schuster, Dr. Carrie Cambell-Broughton, Dr. Amy Reeves, Dr. Margie Szczerba, Christine Greene and many, many others. Gary is survived by his wife; their daughter, Holly E. (Aaron) Thompson, Wellington, CO and son Dustin R. (Jessica) Smith, Lumberton, TX; grandchildren, Madison Reiplinger, Lander, WY, Brady Thompson, AnnaMae and Landry Smith; siblings, Muriel (Rod) Wilcox, Thaine (Elaine) Smith, Minong, WI, Marsha (Dave) Bixby, Chisago City, MN and Melanie (Howard) McNitt, Minong, WI; and numerous nieces, nephews, aunts, uncles and cousins. He is also survived by his best friend since Junior High School, who he considered like a brother, Joe (Mary) Meller, Bennett, WI; and lastly his faithful fur companion, Corkie. He was predeceased by his parents and his beloved Lab, Maggie. Memorial Mass will be held at St. Joseph Catholic Church in Fort Collins, CO on Wednesday, November 13th at 2:00 pm with a reception following in the Parish Hall.

Gary Eugene Smith, 69, Loveland, CO, passed away at home on November 7, 2019 of natural causes. He was born in Shell Lake, WI to Thaine Wesley and Marjorie Ilene Smith. He graduated from Northwoods High School in Minong, WI in 1968 and went... View Obituary & Service Information

The family of Gary Eugene Smith created this Life Tributes page to make it easy to share your memories.