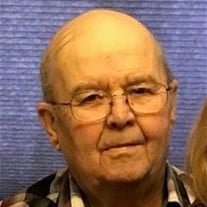 Gerald “Jerry” Roth, 71, of Fort Collins, died March 11, 2019, peacefully at home. Jerry was born in Denver to parents George and Elizabeth Roth. He was one of six children, raised in Hudson, Colorado. He graduated from Weld Central High School in 1965 and was drafted into in the United States Army shortly after. Jerry lived much of his life in Eastern Colorado and spent several years in Windsor before moving to Fort Collins. In 1974, Jerry was married to Sheila Mae Pfeifer at St. Vincent DePaul Catholic Church in Denver. They raised a family of five children. Jerry was a farmer for most of his life, until the mid-1990’s, when he decided to change his venture to trucking. He retired from “Roth Trucking” in 2014. Jerry was a loving person and showed this to everyone in his own way. He loved watching westerns and was a fan of John Deere tractors and Peterbilt trucks. Also, a car enthusiast, he enjoyed racing cars and watching Nascar and drag racing. Family and friends will remember and miss Jerry’s deep laugh and kind heart. Jerry is survived by his wife, Sheila Roth; children, Monica Roth, Tania (Chad) Stender, Jeri (Lucas) Walter, Cody Roth, and Matt (Jennifer) Raper; siblings, Donald (Ann) Roth, Nonie (Don) Hepp, Sharon Duvall, Susan ( Norris) Chase, and Debbie Dinges; grandchildren, Payton Walter, Austin Raper, and Kodi Raper; dog and partner in crime, Sami; as well as numerous nieces, nephews, relatives and friends. He was preceded in death by his parents and brother-in-law, Francis Duvall. Rosary Monday, March 18 at 7 pm at Saint Elizabeth Ann Seton Catholic Church, Fort Collins. There will be a view from 6 pm to 8 pm. Mass of Christian Burial Tuesday, March 19 at 10 am also at St. Elizabeth Ann Seton. Interment at Lakeview Cemetery in Windsor. Jerry would want everyone to know that jeans are perfectly acceptable to honor him – no need to dress up. In lieu of flowers, contributions may be made to the Derek Prescott Foundation in care of Goes Funeral Care, 3665 Canal Dr. Suite E, Fort Collins, CO 80524.

Gerald &#8220;Jerry&#8221; Roth, 71, of Fort Collins, died March 11, 2019, peacefully at home. Jerry was born in Denver to parents George and Elizabeth Roth. He was one of six children, raised in Hudson, Colorado. He graduated from Weld Central... View Obituary & Service Information

The family of Gerald "Jerry" Roth created this Life Tributes page to make it easy to share your memories.