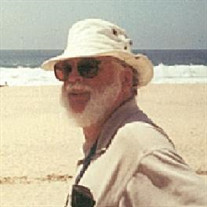 Gerald Adrian Stack, known as Adrian, age 78, of Fort Collins, died October 13, 2019. Adrian was born in England in November of 1940 to parents Gerald and Ann Stack. He grew up and attended school in England, earning his Bachelor’s in Aeronautical Engineering. Here, he also met and married Norah Cripps, known as Noreen, on June 18, 1966 in St. Albans, England. Adrian had quite the career as an Aeronautical Engineer, working for DeHavilland Aircraft Company, British Aerospace, and Raytheon. His career led him to California, Papua New Guinea, and more recently, he moved to Colorado. As may be expected, Adrian loved airplanes and was a pilot himself. He also enjoyed riding his recumbent bike, swimming, kayaking and reading. Adrian had a strong Catholic faith and was quite an active member of the church community. He worked as a pilot for both the Lay Mission Helpers in Papua New Guinea as well as Wings of Hope. When asked, Adrian always responded, “I’m fine,” which sums up his philosophy on life. He was very gentle and kind and believed we are here to love and then leave. Adrian is survived by his wife, Noreen Stack; children, Christopher Stack, Monica Stack, Imelda Stack and Carlos Amaya, Clare & Ricky Barquero, and Anthony Stack; grandchildren, Mariela Shultz, Andrea Barquero, Sienna Zorigian, Colin Zorigian, Zoe Zorigian, Imogen Amaya Stack, Joshua Barquero, Hannah Barquero, and Luke Amaya Stack; great-grandchild, Emma Vargas; brother, Desmond Stack; and nephews and nieces, Catherine Stack, Amanda Stack and James Stack. He was preceded in death by his parents and his sister, Maureen Stack. Please join the family for Adrian’s Mass of Christian Burial at 10:00 am, Thursday, October 17, 2019 at St. John XXIII Catholic Church in Fort Collins, CO. In lieu of flowers, donations may be made to Lay Mission Helpers: Address: 3435 Wilshire Blvd # 1940, Los Angeles, CA 90010 Phone: (213) 368-1870 http://www.laymissionhelpers.org/; or EAA, The Spirit of Aviation https://www.515.eaachapter.org/ To all friends and family, thank you for all your prayers and support.

Gerald Adrian Stack, known as Adrian, age 78, of Fort Collins, died October 13, 2019. Adrian was born in England in November of 1940 to parents Gerald and Ann Stack. He grew up and attended school in England, earning his Bachelor&#8217;s in... View Obituary & Service Information

The family of Gerald Adrian Stack created this Life Tributes page to make it easy to share your memories.