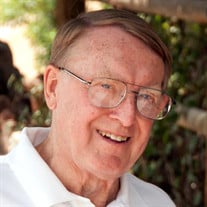 Gunther Heinrich Seligmann, 82, passed away peacefully on July 23, 2021 in Fort Collins, Colorado, following a five-year battle with Parkinson’s Disease. Gunther was born to Hans and Anni (Selck) Seligmann on April 20, 1939, at his grandfather Selck’s farm in Grödersby, Germany. He proudly attended the Kaufmann Business School in Kiel from 1954-1957. In 1958, sponsored by his great-uncle and great-aunt, Carl and Mabel Asmussen, Gunther moved to the United States to attend college, arriving in New York in June on the ship Arosa Sky. He attended Mesa Junior College in Grand Junction, where he met his future wife, Carol Austin, and then transferred to Colorado State University in Fort Collins to complete his bachelor’s degree in business administration. Gunther and Carol were married on June 9, 1963 and purchased a home in Fort Collins in 1967, where they raised their family and which continues to be the family residence. He became an American citizen on January 10, 1964. Gunther began his career at Poudre Valley Hospital in the accounting department, advancing to the role of Assistant Administrator, and ultimately Chief Operating Officer. Beloved by his colleagues throughout the hospital, he was known for walking the halls, checking in with coworkers and patients, and helping in every way he could, until he retired in 1997. A lifelong follower of Jesus Christ, Gunther was confirmed in the Lutheran church at St. Katharinenkirche zu Westensee in 1954. In Fort Collins, he attended Life Song Church. Gunther enjoyed hiking, ski trips with his family, and spending time in his garden. He had a keen sense of humor and a dedicated work ethic. He loved his family deeply, was very proud of his sons, daughters-in-law, and grandchildren, and had a special spot in his heart for his cats. Gunther is survived by his wife of 58 years, Carol Seligmann of Fort Collins, CO, his son Kevin (Caroline) and their daughter Katherine of Strasburg, CO, and his son Eric (Ellie) and their two children, Hans Gunther and Heidi of Aurora, CO. Gunther is also survived by his brother Heinz (Catherine) Seligmann and their children Matthias and Anja in Germany, sister-in-law Patricia Austin of Windsor, CO, and nephews Brian and Mark Austin. He is preceded in death by his parents, Hans and Anni, stepmother Hedwig Krause Seligmann, mother-in-law Marian Austin, and brother-in-law Kent Austin. A celebration of his life will be held Saturday, August 21st, at Clearwater Church in Fort Collins, CO, at 2:00 PM. Memorial contributions may be made in his name to Parkinson’s Support Group in Larimer County (PSGLC) or to the Larimer County Humane Society. Friends and family can share condolences at goesfuneralcare.com

The family of Gunther Heinrich Seligmann created this Life Tributes page to make it easy to share your memories.