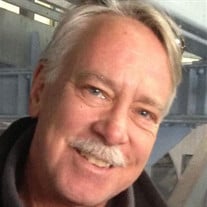 Henry Lewis Gholz, Ph.D., passed away September 30, 2017 while rock climbing in Rocky Mountain National Park. Henry was 65 years old, an avid climber, ecosystem scientist, loving father and great friend. He was born November 24, 1951 in Port Huron, MI, the son of Dr. Anthony Carroll Gholz and Helmi Johanna Monkonnen. During his youth, Henry and his brothers, Tony and John, were known for hockey games in the backyard, a few broken windows and homemade science projects, including Henry’s award-winning Tesla coil. After graduating high school from the Cranbrook Academy in Bloomfield Hills, Michigan, he attended Hamilton College in New York and majored in physics. He enjoyed ceramics, but was wisely counseled to take his skills at glaze-mixing to the chemistry lab instead. An Outward Bound Wilderness program in the summer of 1971, changed the direction of Henry’s life. While in the mountains, he learned science could be conducted outside of the lab and in the forest. With renewed inspiration he switched majors and left New York for Oregon. He attended Oregon State University, where he earned a Bachelor of Science degree and his doctorate in Forest Science. Upon graduation, in 1979, Henry accepted a position at the University of Florida where he was a professor in the School of Forest Resources and Conservation and launched what would be a far-reaching and impressive career in ecology and ecosystem science. Colleagues describe his research endeavors as “truly cutting edge.” During his career he received substantial funding from the National Science Foundation and other Agencies enabling him to collaborate and conduct science in forests around the world. In 2000, as a National Science Foundation (NSF) Program Director he championed research funding and collaboration at research sites from the Antarctic to the tropics. While proud of his University of Florida accomplishments, he felt his greatest professional impact was from his work at NSF, guiding and contributing to ecological science. Henry had a contagious zest for life. He loved the outdoors and rock climbing, rock and roll, a great beer (or a better whiskey) and a good book. But his greatest love was undoubtedly his family. Introducing his kids and grandchildren to everything from the Grateful Dead to epiphytes, from rock climbing to air guitar, these brought the greatest joy. He enjoyed a wonderful life in Fort Collins with his wife, Jan. From there to the summit of the Matterhorn, to the Dry Valleys of the Antarctic, to the tropical forests of South America, and many points in between, he leaves a trail of accomplishment, adventure and love. Henry recently retired from NSF and was living in Fort Collins, CO. He is survived by his wife, Jan Engert, his sons Nathan Gholz and Sean Gholz, his daughter, Sophia Gholz (Jeff Olson), their mother Nancy Dohn, two brothers Anthony Gholz (Mary) and John Gholz (Ruth), three grandchildren, Eden Gholz, Olivia Olson, Hunter Olson and numerous nieces, nephews and many, many friends. Services will be held at Plymouth United Church of Christ, 916 W. Prospect Road, Fort Collins, CO, October 10th at 1:30 pm. A second memorial service will be held in Gainesville, Florida, on October 21st at 1:00pm, at the Austin Carey Forest. In lieu of flowers, the family requests donations to a fellowship fund with the Ecological Society of America, SEEDS program. (www.esa.org/seeds/donate).

The family of Henry Lewis Gholz created this Life Tributes page to make it easy to share your memories.