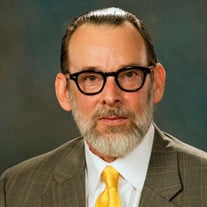 James Martin Collier, Jr. 56, of Loveland, Colorado, formerly of Arkansas, passed away at home surrounded by his family on November 3, 2020 just 6 months after being diagnosed with pancreatic cancer. He was known to some as “Jim” or “Jim Bob”. James was born November 6th, 1963 in Searcy, Arkansas to Martin and Alice Collier. Along with his sister, Alison, he was raised in Augusta and Searcy before the family moved to Hot Springs, AR, where he attended Lake Hamilton High School. A natural athlete and track star, he received a scholarship for track to Ouachita Baptist University, where he earned his Bachelor’s degree in Communications. He and his father opened Collier’s Finer Jewelry store in Hot Springs in 1989. At that time he also met the woman who would soon become his wife, Donna. Together they had two children, Cammi and Cody. Later he opened another store in Arkadelphia and one in Mena named The Jewelry Bank. James always kept his love of track and field and athletics. He coached several of his son’s sports teams as well as helped coach his daughter’s track and cross country teams. In 2006 James and Donna decided to be adventurous and move their family to Loveland, Colorado. James opened a new business in Northern Colorado that focused more on investment grade and collectible coins and precious metals. His children attended Thompson Valley High School, where he volunteer-assisted as a cross country coach. Many of his son’s and daughter's friends still call him “coach”. His daughter Cammi ultimately followed in his footsteps, running track and cross country at a collegiate level. When the kids left for college his passion for riding motorcycles from his youth arose again and he started accumulating many miles and many friends in the motorcycle community. James and Donna purchased a unique property in the Big Thompson Canyon where the Colorado lifestyle was a perfect fit for them. Riding motorcycles all summer, shoveling snow in the winter, photographing bighorn sheep in the backyard, and walking the property with their dog Daisy was the norm. His faithful dog passed away shortly before he did. Both of their health declined side by side in the final weeks. James had reached a point in his business where he was able to spend a lot more time at home and focus on family. In recent years he and Donna were able to enjoy several trips and vacations to places such as Italy, Mexico, Napa Valley, and Moab. James and Donna came into the Catholic Church together in 2014, and within that he grew spiritually like never before. They were devout members of St. John the Evangelist Catholic Church in Loveland. At the time of his death he had risen to the 4th Degree in the Knights of Columbus. He was very happy to merge his brotherhood in the church with his brotherhood in the biker world, when he took the position of President of the Denver Diocese of the Knights on Bikes, the motorcycle division of Knights of Columbus. He was an avid reader and recently handed a book on Christian death to both his daughter and wife, telling each of them that it was a “quick read”. They had a chuckle when they were sitting with him on his last day and realized he had said this to both of them, but neither would have chosen the word “quick”. His children have both remained close and regular family gatherings were a routine part of his schedule. He loved grilling steaks for everyone and putting on a great party at the house for friends and family. He enjoyed playing music for sitting around after dinner together and the hilarious conversations and dancing that would sometimes follow. He had fun rapidly switching to different genres of music so everyone was caught off guard. Anyone who witnessed him dancing to “All the single ladies” by Beyonce will never be the same! He enjoyed making people laugh and joking with them. Even after his diagnosis, he was still able to host several steak dinners, where he was always in charge of the grill. He was also able to go on a few final bike rides. James is predeceased by his mother Alice Collier and he is survived by his father, James Martin Collier Sr; his sister, Alison Fendley and her husband Mike Fendley; his wife of 31 years, Donna Marie Collier, his daughter, Cammi Lynn Collier, his son, Cody James Collier; his daughter-in-law, Katherine Joan Collier; and his grandchildren, Starlynn Alicia Roger and Landon James Collier. Upon becoming a grandparent James began affectionately being referred to within the family as “Granda”. He was always a strong force in the room and in any group. He leaves a big void behind. He ran the good race, and fought the good fight. A Vigil and Rosary for James will take place at 6:30 pm, Monday, November 9, 2020 . Mass of Christian Burial will be at 10:00 am, Tuesday, November 10, 2020 . These services will be held at Saint Elizabeth Ann Seton Catholic Parish in Fort Collins, Colorado, https://seas-parish.org/ with adherence to new county guidelines on gathering, which permit 100 people in the main sanctuary, with 75 additional attendees in the overflow space. Following the Mass, a funeral procession led by the Knights on Bikes will go to Mount Olivet Cemetery in Wheat Ridge, where there will be a brief graveside service. In lieu of flowers please consider a donation in James’ memory to St. Jude’s Children’s Research Hospital.

James Martin Collier, Jr. 56, of Loveland, Colorado, formerly of Arkansas, passed away at home surrounded by his family on November 3, 2020 just 6 months after being diagnosed with pancreatic cancer. He was known to some as &#8220;Jim&#8221;... View Obituary & Service Information

The family of James Martin Collier, Jr. created this Life Tributes page to make it easy to share your memories.