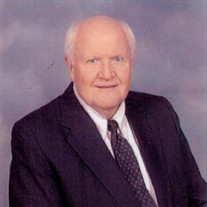 Dr James D Hites, 87, passed away peacefully June 28th, 2018 at Poudre Valley Hospital in Fort Collins, Colorado. Son of Gladys and Nester Hites of Ohio, he graduated from The Ohio State University College of Medicine in 1956. He married his high school sweetheart, Sylvia, in 1952. They honeymooned at Grand Lake. She earned her nursing degree from Ohio State also. He had worked two summers on the unfinished Granby Reservoir Farr Pumping Plant. Two years U.S. Army medical service were followed by seven busy years of general practice in Cortez and southwest Colorado. In 1966, the family moved to Ft. Collins. Nineteen years of devoted family practice followed during which he made house calls and was generous to patients as a Board Certified Family Physician while on the medical staff at Poudre Valley Hospital. After a short break, he covered for a friend’s practice in Alaska for an emergency. An unexpected request came to be the Shipboard Doctor for the fall 1986 Semester at Sea voyage. Jim and Sylvia found amazing experiences! He changed to locum tenens medicine. He filled various requests for a short-term doctor in ten states from Ohio to Alaska for 23 more years, and Sylvia usually accompanied him. They were living at Grand Lake when he had a bad heart attack and realized he needed lower altitude. They returned to Ft. Collins. Jim belonged to Westminster Presbyterian Church then Trinity Church inThe Pines at Grand Lake. He was in The Friendship Force, Rotary (in Cortez) and had helped with Boy Scouts. Jim loved fishing, flying, college football, and music; his humor will be missed by many. He leaves devoted family - wife of 65 years Sylvia, son Steven (Gayla) of Skagway, Alaska and Redmond, WA; daughter Lucinda (David) Hites-Clabaugh of Forest Grove, OR; daughter Sarah Clements (Brad) of Granby, CO; two grandsons, Alwyn and Ryan, and two great grandchildren. He was pre-deceased by daughter Kathryn. A memorial service will be held at 11 am, Saturday, September 29, 2018 at Trinity Church in the Pines, 604 Lake Ave, Grand Lake, CO, with burial at Grand Lake Cemetery. In lieu of flowers, donations may be made to Poudre Valley Hospital Foundation or a charity of your choice. Many thanks to Goes Funeral Care, the Cardiac Unit at Poudre Valley Hospital and all the caring nurses and doctors who took care of him during the last years.

Dr James D Hites, 87, passed away peacefully June 28th, 2018 at Poudre Valley Hospital in Fort Collins, Colorado. Son of Gladys and Nester Hites of Ohio, he graduated from The Ohio State University College of Medicine in 1956. He married his... View Obituary & Service Information

The family of Dr. James Donald Hites created this Life Tributes page to make it easy to share your memories.