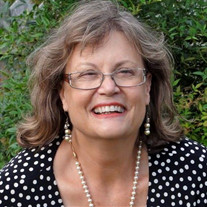 Jean Reynolds Prather, 67, passed away November 4, 2018, in Fort Collins, Colorado. A celebration of her life will be held June 29, 2019, in Laporte, Colorado. Jean was born in April 1951, in Portsmouth, Virginia, the third child of Chester and Ruby Reynolds. She graduated from Virginia Tech in 1973 with a Bachelor of Science degree in Biology. After graduation, Jean was employed in various labs, doing work ranging from water testing for the EPA to cancer research. She married Dr. Bud Prather in 1977, moved to Fort Worth, Texas, and became a stay-at-home mom to daughter Jesse. Ever restless, Jean taught science at Jesse’s elementary school one day a week for three years and volunteered to work with its garden club every Friday for four years. The dedicated mom joked that she spent almost as much time at the school as Jesse did. Jean also shared her time and talents as a member of University Christian Church in Fort Worth. She returned to Virginia in 2010 to be closer to her sister Ruth and the ocean she loved. There she became an active member of Wycliffe Presbyterian Church in Virginia Beach. As a certified Master Gardener, Jean enjoyed sharing her knowledge with others. She “mastered” gardening in all climates, from blistering North Texas summers, to her beloved Virginia coast, to the mountain foothills of Fort Collins, Colorado, where she later moved to be closer to Jesse and her family. Jean was endlessly creative, had a wonderful sense of color, and loved creating quilts and working with textiles. She also was an accomplished dancer, perfecting her skills in everything from the samba to the Shag. Jean was stubborn, smart, generous and funny, with a wicked dry sense of humor that wasn’t dampened by hard times. (For example, she referred to her red rolling walker as her “Firebird.”) Jean cared deeply about people, made friends easily and was an amazing role model as a woman, friend and mother. She was fiercely protective of those she loved. Jean was predeceased by her parents, her husband of nearly 30 years, Bud Prather, her daughter Heather Prather, and her older brother, Louis Reynolds. She is survived by her daughter and son-in-law Jesse and Daniel Weiner, and granddaughter Ellianna Weiner, all of Fort Collins, sister Ruth Avellar of Richmond, Virginia, and brother Bobby Reynolds of Sedona, Arizona.

Jean Reynolds Prather, 67, passed away November 4, 2018, in Fort Collins, Colorado. A celebration of her life will be held June 29, 2019, in Laporte, Colorado. Jean was born in April 1951, in Portsmouth, Virginia, the third child of Chester... View Obituary & Service Information

The family of Jean Reynolds Prather created this Life Tributes page to make it easy to share your memories.