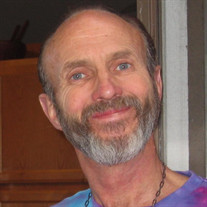 Jeffrey Reynolds, known to many as “Sparks,” passed away on January 9, 2019, at the age of 68 years. Born in Ohio in 1950 to William Frederick Reynolds III and Elizabeth Holzer Reynolds. Jeff moved with his family to Denver shortly after. A child of the 1950s, Jeff spent his time playing with his brother, Fritz, and friends in the alley, exploring his neighborhood, and playing football on Monaco Parkway. His love of all things electrical and mechanical developed at an early age: he always wanted to know how things worked. Jeff graduated from Denver’s George Washington High School, and Colorado State University in Fort Collins. Jeff began his career as a Master Electrician in 1972 at Michaud Electric (H&H), and was involved in the electrical work of Fort Collins through the mid-1990s. At that time, he made a career change to work at Soldier Canyon Filter Plant, and retired in 2009. Jeff met his wife, Kathie, at CSU in 1970. They wed shortly after graduation from college and were married for nearly 47 years. Jeff was the best husband anyone could hope for. They had a genuine loving relationship and built a wonderful life together. Jeff was a kind and loving father to their two children, Andy and Kelly. He spent a lot of time playing and sharing his love of music and nature with them. He supported everything they did and always expressed his love for them. Jeff was also a proud and loving grandpa to Zoey and Jackson. He had a very special bond with them. Jeff was a good brother to in-laws, Shirley, Tom, Janice, Karen, and Jim – they loved him dearly. He was the fun uncle to his many nephews and nieces. He was a mentor and secondary father. Jeff reconnected with the Ohio branch of the Holzer family in 1997 while on a family vacation. He loved meeting with family members he hadn’t seen for over 30 years. Jeff was so excited to connect recently with his half-siblings, Jim, Melissa, and Robin, after many years of not knowing where they were. In 2015, they traveled with their families to Fort Collins so everyone could meet. Jeff was overjoyed and often reminisced about their visit. Jeff was a friendly, generous man with a big heart who loved to make people laugh. He was always excited to meet people and was willing to lend a helping hand to friends and strangers alike. Jeff also loved sharing his vast collection of music, especially blues and vintage tunes of all genres. Many may remember listening to Jeff’s blues program in his living room. Any life touched by Jeff was a life improved. With his passing our community was greatly diminished. Jeff was diagnosed with Multiple Sclerosis in 1986, but until about nine years ago, one would never know it. He never let the disease hold him back from doing the things he loved to do, or giving 100 percent to his family or profession. Jeff actively supported the Multiple Sclerosis Society for over 20 years and participated in the local MS Walk. He was also a regular blood donor to the blood bank at PVH for many years – he was on first-name basis with the blood bank staff. He is survived by his loving wife, Katherine, and his children, Andrew, and Kelly (Justin Cronkhite); and grandchildren, Zoey and Jackson; brother, William Reynolds, half-brother, Jim (Sue) Reynolds, and half-sisters, Melissa (Gil) Smith and Robin (Claus) Holm; his brother-in-law, Thomas (Janice) Cagle, sister-in-law, Karen Cagle (James Smith); and numerous family and friends. In lieu of flowers, donations may be made to the National MS Society or a charity of your choice. Please join us in celebrating the life of Jeffrey Richard “Sparks” Reynolds July 17,1950 – January 9, 2019 Beloved husband to Kathie, father to Andy and Kelly, Grandfather to Zoey and Jackson A reception in Jeff’s honor will be held at the Lincoln Center, Columbine Room 417 West Magnolia Street Fort Collins, Colorado 80521 April 13, 2019 from 3 – 5 p.m. Refreshments will be served. Jeff loved to be comfortable so attire will be casual. The reception is open to all family and friends RSVP: Call or text Andy 970-412-0440 Kelly 970-222-0032 or Kathie 970-310-3142 With number of persons attending Hope to see you all there!

Jeffrey Reynolds, known to many as &#8220;Sparks,&#8221; passed away on January 9, 2019, at the age of 68 years. Born in Ohio in 1950 to William Frederick Reynolds III and Elizabeth Holzer Reynolds. Jeff moved with his family to Denver shortly... View Obituary & Service Information

The family of Jeffrey Richard Reynolds "Sparks" created this Life Tributes page to make it easy to share your memories.

Jeffrey Reynolds, known to many as “Sparks,” passed away on January...