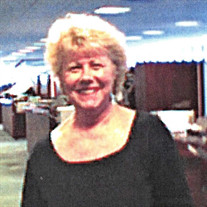 Jessie Vero Schimmenti passed away at the age of 84 under Hospice care in Loveland, Colorado on Thursday, October 22nd of natural causes. She was born on February 29, 1936 (one could argue she was 21 at the time) in New York City to Anna and Ernesto Vero. After graduating from Franklin K. Lane High School, Brooklyn, NY, she started her career as an Administrative Assistant in New York City. Shortly after graduating she traveled to Europe visiting countries such as Italy, Germany, Austria, France, Holland and more. She married the love of her life, Frank Schimmenti, February, 1988 in Queens, NY and they lived in Howard Beach, NY. The two of them did some extensive travel to places like the Caribbean, Niagara Falls, Montreal, Quebec, Washington, DC and more. She finished her career becoming an Executive Administrative Assistant at Fiduciary Trust in Manhattan, NY at the World Trade Center. She survived the 9-11 attacks through a series of fortunate events that caused her to be late for work that fateful day, including her boss telling her to go in late as he was out of town. Missing the first subway trip to Manhattan and getting off at an earlier stop kept her from entering the tower. When she walked out the subway station she was directed away from the WTC and walked over the Brooklyn Bridge away from danger. After Frank's passing she moved to Colorado living in Golden and Loveland. She remained a sweet, funny and feisty person and was a pleasure to be with. As in New York, we loved to eat at diners and restaurants in Colorado. Besides her traveling she loved to watch old movies, always wore fashionable clothes and jewelry and enjoyed great conversation. Jessie is survived by her brother Frank (Loveland) and nephews Paul (Lafayette), Timothy (Longmont) and Christopher (Driggs, ID). The immediate family attended her viewing at Goes Funeral Care and Crematory, Fort Collins on Wednesday, October 28. A future memorial service will be announced at a later date. Memorial funds can be made to the Dementia Society of America at https://www.dementiasociety.org/donate

Jessie Vero Schimmenti passed away at the age of 84 under Hospice care in Loveland, Colorado on Thursday, October 22nd of natural causes. She was born on February 29, 1936 (one could argue she was 21 at the time) in New York City to Anna and... View Obituary & Service Information

The family of Jessie Vero Schimmenti created this Life Tributes page to make it easy to share your memories.

Jessie Vero Schimmenti passed away at the age of 84 under Hospice...