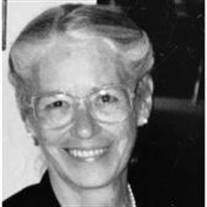 Joanne Hart Shepard passed away on January 24, 2017, age 87, in Fort Collins with her family at her side. She was born in her great-grandfather’s house on June 17, 1929 in New Britain, CT. Having lost her mother at an early age, Joanne and her sister grew up at the Wayside Farm in nearby Kensington with not only her father but grandparents, her aunt and cousin as well. Joanne was a 12th generation Connecticut Yankee with roots going back to the Mayflower. She attended the Neatherwood School in New Brunswick, Canada and Barnard College in New York City. Summers were spent at the family cottage on Martha’s Vineyard where she enjoyed swimming sailing, horseback riding, beachcombing and catching stripers and blues. The Depression and World War Two formed her youth and, as with all families at the time, life was humble but enriched by being surrounded by a vast network of cousins and close friends. While on the Vineyard, she observed naval training beach landings in preparation for the Normandy Invasion and learned bawdy drinking songs that are still sung today at family gatherings. It was at this time she developed a lifetime love for tennis. Her graceful form was hard to miss. Tall and athletic, she rose through the amateur ranks and became a renowned mixed-doubles partner. Competitive by nature, Joanne brought home more trophies than would fit in the house. She married John Shepard in 1949 and over the course of four years had three children. In 1963, economic opportunity beckoned and it was on to Winnetka, IL to raise the family along the north shore of Chicago. She was fun-loving and Chicago provided quite a playground. A fan of all sports, she took a shine to the then lowly Cubs and she could often be found at Wrigley Field with a gang of kids usually on Thursdays – Ladies Day. Her tennis acumen took her to Puerto Vallarta, as part of promotional tour sponsored by the Mexican government. In later years, she resided at Sherman Gardens in Evanston, IL where she became an excellent shade gardener when she wasn’t down at Elliott Park playing tennis along the shore of Lake Michigan. She enjoyed frequent trips to Puerto Rico to visit her sister, nieces and nephews and traveled extensively to see family and friends. The family matriarch, a stoic New Englander, she doted over her flock and instilled timeless values that are manifested in three generations. She was preceded in death by her parents and sister and her grandson Gary Armstrong Falk (Kate). She is survived by her children Marti Halverson of Etna, Wyoming, Victoria Hunt of Fort Collins and Ted Shepard (Paula) of Fort Collins, her grandchildren Kristie Shifflettte (Matt) of Chapel Hill, NC, Sarah Hunt of Fort Collins, Karen Skinner (Dan) of Rochester, IL and seven great grandchildren. In lieu of flowers, memorial contributions may be made to Foothills Gateway Rehabilitation Center Foundation, 301 Skyway Drive, Fort Collins, Colorado 80525.

Joanne Hart Shepard passed away on January 24, 2017, age 87, in Fort Collins with her family at her side. She was born in her great-grandfather&#8217;s house on June 17, 1929 in New Britain, CT. Having lost her mother at an early age, Joanne... View Obituary & Service Information

The family of Joanne Hart Shepard created this Life Tributes page to make it easy to share your memories.