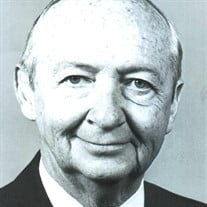 John M. Birmingham, WWII Vet, surrenders July 6, 2020. He was cheerful to the end. John, of Fort Collins, CO was 93 when he passed away peacefully at home from heart failure. His wife of 53 years, Mary Lee Monroe Birmingham, known as “Lady” to her many friends, showered him with TLC as did his group of caregivers from Pathways Hospice and Just As Family. John was born in Philadelphia, the son of John M. Birmingham, Sr. and Helen Gillis. He joined the Navy in 1943 on his seventeenth birthday and was Quartermaster/Signalman on LST 1046 as the new ship sailed to Okinawa, Japan, Korea, and major ports in China, reaching Beijing (formerly known as Peiping and Peking) for Christmas holidays. Upon honorable discharge in 1946, he used the GI Bill benefit to enroll at Temple University in his hometown of Philadelphia and graduated in 1949 from an accelerated program of year-round studies for veterans. He joined the Wellington Fund as an analyst and became Director of Investment Research. He then left for Wall Street and became a founder of INSTINET, the first computerized stock exchange for large institutions. Allstate Insurance Company was an early subscriber and became his employer in 1972 and he subsequently relocated to Lake Forest, IL. He retired from Allstate in 1986 as a Vice President and the Equity Investment Manager then moved with Mary Lee to Carefree, AZ and Flagstaff, AZ prior to moving to Fort Collins, CO. He was a Chartered Financial Analyst (CFA), one of the most respected designations in finance and considered to be the gold standard in the field of investment analysis. He was a Life Member of the Sons of the Revolution and a past President of the Sons of the Revolution in the state of Arizona. He was an avid reader and a lifelong student of history. John is survived by his wife and five of their six children: Michael Birmingham of Albany, OR and Carol Birmingham Monsebroten (Lyle) of La Crosse, WI who were his young cousins adopted during his first marriage to Virginia Sloan; stepchildren Laurence L. Littell of Portland, ME, and Marylee L. Forsthoff of Golden, CO; and daughter Georgia A. Birmingham of Centennial, CO. Grandchildren are Alexander W. Forsthoff (Halie) of Durango, CO and Julia M. Forsthoff of Bozeman, MT. He was preceded in death by his son, John Monroe Birmingham. His faith, family, and friends were his pride and joy. He will be missed by many. A memorial service will be held at a later date. Donations in his memory may be made to Doctors Without Borders or Food Bank for Larimer County.

John M. Birmingham, WWII Vet, surrenders July 6, 2020. He was cheerful to the end. John, of Fort Collins, CO was 93 when he passed away peacefully at home from heart failure. His wife of 53 years, Mary Lee Monroe Birmingham, known as &#8220;Lady&#8221;... View Obituary & Service Information

The family of John Martin Birmingham created this Life Tributes page to make it easy to share your memories.