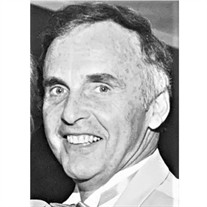 Jack Graham, longtime resident of Yarmouth Port, passed away suddenly at his home in Fort Collins, Colorado, on the morning of 12 January 2021. The cause was congestive heart failure, complicated by arrythmia. Jack was 92 years old and lived independently until the day he died. He is survived by his sons, John, Peter, and Matthew (Marianna), their families, and his stepdaughter Gail Ronan (Dennis) and her family. Counted among these are his daughter in-law Nancy Callahan, beloved granddaughters Laura, Hannah, Samantha, and Leigh, his great grandson James, and his in-laws and lifetime friends, Anna May and Bernie Callahan. Jack was pre-deceased by his wife Claire, and his parents Peter and Jessie. Jack was born to English parents in a hospital where Boston University now stands, in September 1928. He grew up in and around the Brighton-Allston neighborhood. After graduating from Brighton High School in 1946, and later from Boston University with Bachelor’s and Master’s Degrees, his career took him to West Virginia, then Iowa, and finally to Ventura, California in 1965. He served the County of Ventura for 24 years, retiring as the Director of Mental Health in 1989. Jack was a veteran of the US Army, serving on the occupation force in South Korea immediately after WWII, but before the Korean War. Jack retired to Yarmouth Port in 1989, where he enjoyed an active retirement. His life centered on his home with Claire in Clipper Ship Village, and with the Cape Cod Senior Softball League—the best group of buddies he ever had. Jack moved to Fort Collins to be with his sons after Claire died in 2017, but his heart stayed on Cape Cod where he first stayed with his parents in the 1930s. Jack will be buried with Claire in The Ancient Cemetery in Yarmouth Port, only yards from his cherished home on Webfoot Way, at a later date in the Summer or Fall of 2021.

Jack Graham, longtime resident of Yarmouth Port, passed away suddenly at his home in Fort Collins, Colorado, on the morning of 12 January 2021. The cause was congestive heart failure, complicated by arrythmia. Jack was 92 years old and lived... View Obituary & Service Information

The family of John "Jack" Graham created this Life Tributes page to make it easy to share your memories.