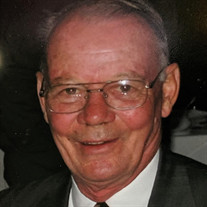 John Frederick Meurer, 78, of Arvada, Colorado died June 14, 2019. John was born in Kansas City, Missouri to parents Mary Margaret and Frank Joseph Meurer. He was born and raised in Kansas City and after graduating from high school there he attended Kansas State College and Regis College. In 1959, he enlisted in the Army, where he served for two years at Fort Monroe VA as military police. Then after another year of college, he worked for the US Corps of Engineers in Kansas City Mo until 1964. In 1964, John moved to Colorado, which became home for him and his family. John worked at Denver water while completing his BS in Business Administration in 1971. With his degree, he began his career at Consolidated Mutual Water Company in finance and eventually becoming the Executive Vice President of Administration and Finance. Throughout his professional career, John was very involved in his community and spent 40 years with the Lakewood Optimist Club. He was a Citizens’ Police Officer in Lakewood and Arvada, as well as a referee for USA Amateur Boxing and board member for Golden Gloves Boxing. Later in life, he became interested in real estate and worked as Real Estate Appraiser before retiring in 2005. As fitting for a Coloradoan, John also loved to be outdoors and enjoyed hunting and fishing. John was a gracious man, dignified in both life and in his quiet departure from this life. John is survived by his children, Amy Cheldelin, Eric Cheldelin, Robert Meurer, Tamera Meurer,Molly “Katie” Meurer, Joe Maurer, Timothy Meurer; Julie Meurer, grandkids,Kelsey Mauch Hailey Meurer, Braden Cheldelin, Cassidy Cheldelin, Noah Meurer, Grant Meurer, Brooklyn Meurer, Sophia Halpin, and Tessa Meurer; and brothers, Bill Meurer, Tom Meurer, and Jim Meurer. He was preceded in death by his parents, Frank and Mary Meurer. “Say not in grief ‘he is no more’ but in thankfulness that he was.” – Hebrew Proverb

John Frederick Meurer, 78, of Arvada, Colorado died June 14, 2019. John was born in Kansas City, Missouri to parents Mary Margaret and Frank Joseph Meurer. He was born and raised in Kansas City and after graduating from high school there he... View Obituary & Service Information

The family of John Frederick Meurer created this Life Tributes page to make it easy to share your memories.