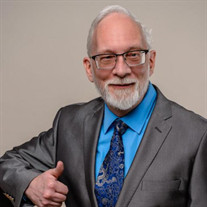 John James Wheaton, 65, of Fort Collins, Colorado, formerly of Louisville, Kentucky, passed away peacefully surrounded by loved ones on August 2, 2021. John was born in 1956 in Roslyn, New York to parents John “Jack” and Helen Wheaton. An only child, he grew up in Long Island, New York, and graduated from Cold Spring Harbor High School in 1974. He then moved to New Jersey to attend Princeton University where he received his undergraduate degree in Comparative Literature in 1978. During his time at Princeton University, John was a reporter and co-editor of The Daily Princetonian newspaper. After graduation he worked for two years as a newspaper reporter in Casper, Wyoming, and then as a reporter for the Messenger-Inquirer in Owensboro, Kentucky. John then moved to the Louisville, Kentucky area to pursue a Master of Arts in Teaching while beginning his career in education. He was a teacher of a variety of subjects, namely physics, for over 20 years at St. Francis High School. The Louisville area became home, and it was there that John met his former spouse, Bonnie Wheaton, and where their four children - Jason, David, Darcy, and James - grew up. John and his family were members of the Louisville Friends Meeting, a community and place of worship for Quakers. In 1999 John was selected as a J. William Fulbright Teacher Exchange scholar which led him to teach at a high school for one year in Pretoria, Republic of South Africa. In 2008, John went on to teach English as a Second Language at Jishou University in Jishou, Hunan, China for nine years, and continued teaching English as a Second Language at the Henan University of Technology in Zhengzhou, Henan, China, for two years. In 2019, John became suddenly ill with a viral infection that caused encephalitis and pneumonia. John soon returned to the United States to begin his long path of recovery. Education was John’s biggest passion. He continued his own studies and supported that of others. Throughout his life, he sponsored multiple children to attend school, both privately and through the nonprofit organization, Save the Children. John was a chess coach and had interests in astronomy, photography, genealogy, foreign languages, and traveling abroad. He was an avid lover of Jazz music, and especially fond of Dave Brubeck. John passed on his love for The Beatles to his children. One of his personal passions was researching accurate family tree information, as well as connecting the Anderson and Wheaton sides of his family. John is survived by his former spouse, Bonnie Wheaton; by his son Jason Peacock (Lesa), son David Peacock (Mandi), daughter Darcy Dugan (Jacob), and son James Wheaton (Angel). John is also survived by his grandchildren, Taylor Hunt, Melina Hunt, Camille Dugan, and Elise Dugan; and others who were encouraged and inspired by him during his life. John is preceded in death by his parents, John “Jack” and Helen Wheaton. A Buddhist Powa ceremony honored John in Fort Collins, Colorado; the recording is available on YouTube at this link: https://youtu.be/jpZm_ADLCSY. Additional memorial services are being planned for a later date in Kentucky and New York. Memorial contributions may be made in John’s honor to the National Alliance on Mental Illness (NAMI), to Save the Children, or to Planned Parenthood. Friends and family can share memories and condolences at goesfuneralcare.com

The family of John James Wheaton created this Life Tributes page to make it easy to share your memories.