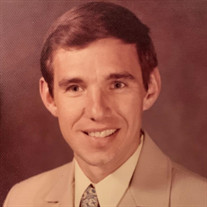 John Vincent White Jr. DVM passed January 25, 2022, at the age of 78. “Jack” to those that knew him was born in Lewes, Delaware on July 4, 1943. He grew up immersed in horses as a young man and successfully competed along the east coast. After high school Jack chose to attend the Colorado State University for Veterinary Medicine. His entire family fell in love with Colorado and shortly purchased what later became known as Rimrock Ranch. His academic career was briefly interrupted when Jack severed in the Army and was stationed at Fort Sam Houston in San Antonio, TX. Following his service Jack finished his academic career receiving a Doctorate of Veterinary Medicine in 1973. Jack devoted approx. 47 years of his veterinary career to livestock health at Centennial Livestock Auction and was well known by all that frequented CLA as “Doc”. Jack was the first person on the east coast to campaign an Appaloosa in the English riding world; and his love of the breed carried on to the realm of breeding, raising and racing of Appaloosas in later years. Through years of knowledge, careful planning and his enate desire to breed a superior animal he became a prestigious Appaloosa Racehorse breeder. He was even inducted into the Appaloosa Racehorse Hall of Fame. In his years he ran horses from Florida to Washington and had the win pictures to show for it. He could rattle off bloodlines like a preacher could quote the Bible, whether it be Appaloosa, Quarter Horse, Paint or Thoroughbred. Jack’s daughter, Jess White, and his niece, Laura Edling, have picked up the flag of Jack’s legacy and will see that his last few racehorses finish their careers. Jack was a pillar in the community of both the horse racing world and those that utilized Centennial Livestock Auction; he will be sadly missed by many. Jack left behind his wife of 50 yrs., Beth, daughter Jess White and her two children, Ivy and Evan. Hisson, Garrett, passed in 2010. Surviving, also, are his brother, Jerry White, and his family. The family has created a Facebook page providing more details and memories of Jack. They ask that people visit it to share memories and condolences. It can be found on Facebook at Jack “Doc” White Memorial.

The family of John Vincent White Jr. created this Life Tributes page to make it easy to share your memories.