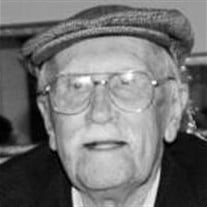 Dr. Julius George Nagy, (Nagy Gyula György), Emeritus Professor, Colorado State University, passed away in his home on November 20, 2017 with his beloved daughters by his side at the age of 92. He was born at Inke Villa on August 7, 1925 in Balatonboglár, Hungary to Gyula and Irén Nagy, the oldest of three boys. Although he was born in the 20th-century, his ideals, values, love for his country and family were shaped by 19th Century Hungarian customs and traditions. He grew up witnessing political change across Europe and by 1938 his country was trapped between two stronger powers – Germany and Russia. In 1941, at age 16, he went to Marosvásárhely (now part of Romania) and attended cadet school. He took civilian and military subjects, including military service regulations and ethics, fencing, horseback riding and horse science. On November 15, 1944, Julius and 18 of his fellow classmates were commissioned cavalry officers, serving in the 4th Hadik András Royal Hungarian Huszár Regiment when he was 19 years old. By this time, his beloved Hungary was occupied by Germany and entangled in a treacherous war preventing his parents from attending his commissioning ceremony. On November 29, 1944 after receiving orders to go to Berlin, Germany for four weeks of additional training, Julius boarded a military train leaving Hungary and was unable to return for 27 years. During the cold winter months as he witnessed the terrors of war – death, destruction, cold, hunger and uncertainty, he realized to help him survive these hardships he must remain true to his honor, country and squadron while keeping his sense of humor. Throughout his life, Julius was well known for all these qualities. Four weeks turned into six months and by now he was a squadron leader in Northern Germany near Ludwigslust. On May 2, 1945 he was taken prisoner of war by the Americans and handed over to the British on May 28th. World War II ended when the Japanese surrendered on August 14, 1945. Through the Red Cross he was able to re-connect and correspond with family and friends. He desperately wanted to return to Hungary, but in October he received a letter from his parents stating that the situation had changed, and anyone affiliated with the former regime was branded an enemy of the New People’s Hungary. This was the hardest letter his father ever wrote, telling his son not to come home. They all had high hopes the political situation would change and he could return. However, things in Hungary did not change and Julius remained separated from his family until 1956 when his mother (his father had passed away) and brothers escaped with their families, during the Hungarian Revolution. He received meager rations from the German government and existed by working odds jobs. He did not know what the future held, he only knew that his career as a cavalry officer was over, and he could not return to his homeland. In April 1947 he received a letter from a former classmate who was at a large Hungarian refugee camp. With only one small suitcase of belongings, he boarded a train and went to Piding, Germany. This is where he met his true love, Emilia Fiala (1929-2011). She lived in the camp with her parents and three sisters. Julius and Emilia were married on June 4, 1949 in Bad Wörishofen, Germany. They resided in Germany until 1952, when they boarded the Gen. M.B. Steward a transport ship and embarked on their long journey across the Atlantic Ocean to the United States. They settled in Detroit, Michigan where Julius enrolled at Wayne State University and worked at General Motors. In 1960, he received his B.S. in Bacteriology while working for C.F. Burger Creamery. He and Emilia came to Colorado on vacation and decided to relocate to Fort Collins. He began his career at Colorado State University, earning his M.S., in Nutrition in 1963. In 1966, he earned his Ph.D. in Wildlife Nutrition, and in 1977 he became a tenured professor. Julius was an expert in the fields of Rumen Metabolism, Principles of Wildlife Management and World Wildlife Resources. He lectured internationally, conducted extensive research and co-published over ninety research findings. In 1987, he retired Professor Emeritus. One of his most exciting research projects was awarded in 1971 when he received a National Science Foundation Faculty Fellowship position in Sopron, Hungary. This was the first time he was able to return to Hungary since leaving in 1944. Although Hungary was behind the Iron Curtain, Julius and Emilia were able to show their two daughters their homeland, its rich cultural history, architecture, beautiful cities and reunite with family members. He was always sharing stories of his childhood and lessons learned from his life experiences. After the war, his fellow classmates were scattered all over the world; however, the 18 commissioned Huszár officers remained close loyal friends – brothers surviving unfathomable hardships remaining true to one another. As they each began new lives, they never lost sight of the bond they formed in cadet school and their love for Hungary. Julius loved spending time with his family, enjoyed traveling, gardening, horseback riding, reading and swimming. He is survived by Judy Nagy Mill (daughter) of Fort Collins, her three children, Anthony, Katherine and Julianna, as well as Julie Nagy Kenney (daughter) of Fort Collins her husband Timothy Kenney, and their two children Katalin and Emilia. He is also survived by his brother Louis Nagy of Auburn Hills, Michigan. Julius was preceded in death by his beloved wife Emilia (2011), his brother John F. Nagy (1987) and his son-in-law Stephen W. Mill (2017) beloved husband of Judy Nagy Mill. A funeral mass will be held on December 15, 2017 at 2:00pm., at Saint Joseph Catholic Church, 127 Howes Street, Fort Collins. A Celebration of Life will be held immediately after the service at Meredith Hall. In lieu of flowers, those wishing to give a memorial gift may contribute to the Hungarian Reformed Federation of America, 2001 Massachusetts Ave NW, Washington, DC 20036 or Pathways Hospice, 305 Carpenter Road, Fort Collins, CO 80525.

Dr. Julius George Nagy, (Nagy Gyula György), Emeritus Professor, Colorado State University, passed away in his home on November 20, 2017 with his beloved daughters by his side at the age of 92. He was born at Inke Villa on August 7, 1925 in... View Obituary & Service Information

The family of Julius George Nagy created this Life Tributes page to make it easy to share your memories.