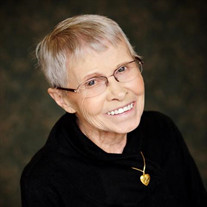 Katherine “Kathy” Rose Ross was born June 30, 1932 in Sioux County, Nebraska to Al and Frances Hourt. She was the 2nd daughter in a family of 9, with 5 sisters and 3 brothers. Kathy grew up in a home without running water or electricity in rural Sioux County, near Harrison, NE, and spent her early years herding sheep in the fields. She attended Sioux County Country School, and walked 1.5 miles to school each way with her siblings, and later attended a Catholic boarding school, Assumption Academy, in Chadron, NE. She attended Nursing School in Grand Island, NE, which paved the way for her lifelong occupation and passion as a Surgical Registered Nurse. Kathy was working at her first job after nurses training in St. Mary’s Hospital in Scottsbluff when she met her handsome cowboy, Gerald “Jerry” Eugene Ross, who was on leave from the Navy. They dated only a few short weeks in a whirlwind romance, and were married August 22, 1955 in the San Diego Cathedral. Kathy and Jerry stayed in San Diego where Kathy worked in the hospital while Jerry was stationed overseas and then in San Diego. After being discharged from the Navy, Kathy and Jerry returned to Scottsbluff to start a family. While birthing 4 children in the span of 5 years, Kathy always returned to her work as a nurse, devoted to her children, her husband, and her work. Despite not wanting to uproot her family and leave Nebraska, Kathy and her family moved to Northwest Montana, near Columbia Falls. Like the glorious Montana wildflowers, Kathy bloomed where she was planted. She put down roots in the St. Richard’s church, and through her work at North Valley Hospital in Whitefish. After 16 years in Montana, Kathy and Jerry moved once again, this time following their first grandchild all the way to Colorado, which would be home for the rest of Kathy’s days. She finally ended her long-lasting nursing career working for Dr. Diane Duncan at Plastic Surgical Associates, at the age of 80, and only retired at the repeated requests of her children. In Fort Collins, she was a devout member of St. Joseph Catholic Parish and of the Knights Angels, and served in Mary’s Closet and as a greeter in the church for many years. Kathy loved to read, do embroidery work, have picnics in the mountains, and to spend time with her kids, grandkids and great grandkids. She is survived by her husband of 61 years, Jerry Ross; four children, Jeff Ross (and Laura Cater-Woods) of Townsend, MT, Cindy (and Kevin) Callihan of Windsor, CO, Jody Ross (and Mary Husemann) of Bozeman, MT, and Lori (and Scott) Bettcher of Wellington, CO; her beloved cat, Lucky; three sisters, Margaret, Arlene and Linda; six grandchildren, Amy (and Nate), Cody (and Lori), Katie (and Jay), Lisa (and Sean), Christopher (and Becky), and Shawna (and Dave); eight great-grandchildren; Jackson, Finley, Hunter, Torin, Stetson, Jet, Sebastian, and Lexi; and many nieces and nephews. She is preceded in death by her parents, Al and Frances; five siblings, Betty, Marlene, Henry, Joe and Patrick. A Vigil and Rosary service will be held at 6:00 pm Monday, March 13th and a Memorial Mass will be celebrated at 9:30 am Tuesday, March 14th at St. Joseph Catholic Church. Interment will be held at 11:15 am, Wednesday, March 15th at Fort Logan National Cemetery, Denver. Kathy’s family requests that any donations please be made to St. Joseph Catholic Church for the refurbishing of the stained glass windows. Those donations may be made directly to the church or in care of Goes Funeral Care, 3665 Canal Dr., Suite E, Ft. Collins, CO 80524.

Katherine &#8220;Kathy&#8221; Rose Ross was born June 30, 1932 in Sioux County, Nebraska to Al and Frances Hourt. She was the 2nd daughter in a family of 9, with 5 sisters and 3 brothers. Kathy grew up in a home without running water or electricity... View Obituary & Service Information

The family of Katherine "Kathy" Rose Ross created this Life Tributes page to make it easy to share your memories.