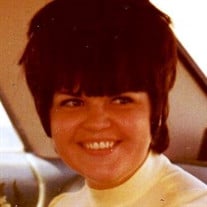 Linda Lu Doyle (Stumpf) formerly of Des Moines met our maker and rejoined her parents, Keith & Maxine Stumpf and her Sister Theresa in heaven on Sept. 2, 2016. Linda, affectionately known as “Lynnie” to friends and family, was born Feb. 16, 1946 in Des Moines. She was the 2nd of what would become a family of 10 children. She attended St. John’s Catholic School and graduated from St. Joseph’s Academy in 1964, where she acquired friends that would truly last a lifetime. After High School Linda moved to the West Coast where she met her Husband, John P. Doyle in Santa Monica, Ca. After purchasing their home, in Sun Valley, they were blessed with 3 Daughters Stephanie, Lisa & Denise. After retiring from Murchison & Cumming Law Firm in L.A., where she worked as an Administrated Assistant for 35 plus years, Linda moved to Fort Collins, Colorado to be close to her 3 girls and even Closer to her 6 Grandchildren Michael & Courtney Medina, Steven Doyle, Desiree Doyle-Aguirre, Cameron & Colin Bonner. She is survived by her former Husband, John P. Doyle, Her three Daughters, Stephanie Doyle, Lisa Medina (Doyle) & Denise Doyle, All six Grandchildren, Six Sisters & two Brothers and many dear close friends: Marilyn Woltz (Hancock), Mary Ann Frew (Vitiritto), Patty Kahler (Hupp), Kay Mahoney, Starlyn Parker (Mulstay), Kathy Ickowitz (Walsh), Anne Marie Caundron (Mauro), Lucie Stout (Sciarrotta), Esther Caldwell, Chuck Wells. Per Linda’s wishes she has been cremated and her ashes will be spread on Harding Road and across her Mother & Fathers Graves. A service will be held for Linda in June 2017 when her Daughters and Grandchildren bring her back to Des Moines one last time, to honor her wish; date and time to be announced at a later time.

The family of Linda Lu Doyle created this Life Tributes page to make it easy to share your memories.