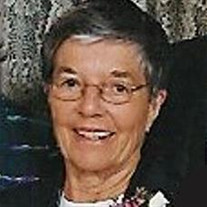 Mabel Preble passed away at the age of 93 on November 3 of natural causes. She was born March 1, 1924 in Oak Park Ill, the 2nd daughter of Marguerite Fietsch and Arthur Spain Gormley. She had 4 sisters who remained close though-out her life. Mabel attended Oak Park River Forest Township High School, where she first met her high school sweetheart and future husband; Parker Earl Preble. The two were married following Parker’s commission in the US Navy on July 5, 1945. While raising 4 children and moving around according to Parker’s medical career placements, Mabel managed to continue her education. She completed her Bachelor’s Degree from the University of Denver (1961), followed by the completion of her Master’s Degree in Counseling Education from Colorado State University (1966). She then worked at the Colorado State University Counseling Department for many years. Mabel became active in Fort Collins civic activities and ran for City Council. She was elected to the Council and subsequently was elected Mayor of Ft. Collins in 1972. Mabel was the first woman Mayor of the city of Fort Collins. She championed the city through the “Designing Tomorrow for Today” initiative. She enjoyed bringing to fruition a new city library, the Lincoln Community Centre, Poudre River Parkway, Transfort, and Care-a-van transportation, and many other pro-Fort Collins projects. She worked with the Colorado Municipal League Executive Board and was a Colorado Delegate to the National League of Cities Public Safety Commission. She was also a member o the Legislative Resolution and Nominating Board. During this time Mabel was awarded the Larimer County Woman of the Year Award, Who’s Who in Colorado Award, Who’s Who in Government Award and Who’s Who in American Woman Award, all in 1973. Mabel wanted to contribute more to her community and decided to pursue a law degree at age 50. She graduated from University of Colorado Law School with a Jurist Doctorate and was admitted to the bar in 1978. She practiced law in her Ft. Collins private practice until 1986 and then became the Judge for the 8th Judicial District of Colorado. Mabel set another local milestone; she was the first woman in Ft Collins to join the bench. Mabel has been married to Parker, now residing in Eagle CO, for 72 years. Together they raised four children. A son Daniel (wife Cathy) now deceased. Three daughters Deborah (husband Dave), Pam, (husband Clark) and Christine. Six grand children Doug and Jahna, Lindsey and Andy, and Charlie and Kady. Two great grand children Addalynn and Elleana. Mabel was much loved and was very proud of her family. She enjoyed traveling the world, home gardening, and always reading whenever time permitted. With her wishes Mabel’s body was donated to medical research. The family will have a private gathering at a later date, but will be honored if you celebrate Mabel’s life in a way you wish. If you’d like to make a donation Mabel would insist that any donations be made to a charity of your choice.

Mabel Preble passed away at the age of 93 on November 3 of natural causes. She was born March 1, 1924 in Oak Park Ill, the 2nd daughter of Marguerite Fietsch and Arthur Spain Gormley. She had 4 sisters who remained close though-out her life.... View Obituary & Service Information

The family of Mabel Preble created this Life Tributes page to make it easy to share your memories.

Mabel Preble passed away at the age of 93 on November 3 of natural...