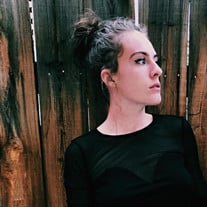 Our funny, beautiful, and incredible girl, Madalyn &#8220;Madi&#8221; Prewett passed away in her dorm room at CU Boulder on October 1, 2019. She was 19 years old. We are, of course, heartbroken. She was born in Loveland, but grew up in Fort... View Obituary & Service Information

The family of Madalyn "Madi" Rose Prewett created this Life Tributes page to make it easy to share your memories.