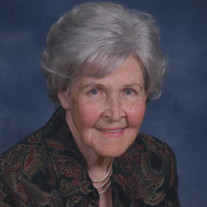 Margaret Ann (Abraham) Moellenberg was born September 21, 1932, to Henry Abraham and Ellen (Evans) Abraham at Armel, Colorado. She attended elementary school and high school in the tiny community of Armel. She enrolled at the University of Northern Colorado in September of 1950, graduating in 1954 with a Bachelor’s Degree in Art, Home Economics, and Business, along with her teaching certificate. She married Wayne Moellenberg on August 22, 1954, at Idalia, Colorado. She taught Junior High School in Longmont Colorado while Wayne completed his degree in Pre-medical Chemistry at CU in Boulder. Her plan was to teach in Denver while Wayne attended the CU School of Medicine, but the birth of their son Daryl in 1955 changed that plan. The couple moved back to Idalia, hoping to earn enough money so Wayne could go back to Medical School. Both taught school and operated a farm/ranch for Wayne’s widowed aunt, but accumulating enough funds proved impossible due to a period of extreme drought and economic depression during the 1950s. The couple’s daughter, Sharyl Dawn Moellenberg, was born in 1960. Margaret continued to study art while Wayne earned his Masters and Doctorate in Psychology. After they moved to Albuquerque in 1966, she became one of the first Special Education teachers in the Albuquerque Public Schools. She continued in that role for the next 17 years, retiring in 1989. Margaret was preceded in death by her parents, her son Daryl, and her infant granddaughter, Danielle Moellenberg, plus a number of uncles, aunts, and cousins. Her husband, Wayne, her daughter Sharyl and Son-in-Law, Rob Haas and their two children, Logan and Mikayla, Daughter-in-Law Marcia Moellenberg and her daughters Tamara and her husband Nicholas Chesterley of Ottawa, Canada, and Chanda and her husband, Mark Hernberg of Seattle, Washington along with numerous other loving relatives. She passed away very peacefully at home during the early morning hours of October 1, 2018, at the age of 86. Her cremains will be placed at St. John Cemetery at Idalia, Colorado, along with those of her son. A memorial service is planned for 10 AM on Saturday, October 6, at First Presbyterian Church in Fort Collins. Memorial funds can be directed to First Presbyterian Church in lieu of flowers.

Margaret Ann (Abraham) Moellenberg was born September 21, 1932, to Henry Abraham and Ellen (Evans) Abraham at Armel, Colorado. She attended elementary school and high school in the tiny community of Armel. She enrolled at the University of Northern... View Obituary & Service Information

The family of Margaret Ann Moellenberg created this Life Tributes page to make it easy to share your memories.