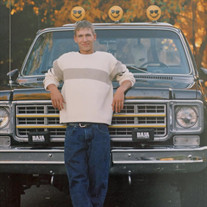 Matthew Allan Maybee was born in Riverton, Wyoming April 28, 1981. He graduated from Riverton High School with the class of 2000. He graduated from the University of Wyoming with a degree in geology and applied sciences and mathematics. His career began in Laramie, Wyoming, where he worked for Trihydro in environmental science for 9 years. Here he met Lindsey Yung and they were married in 2013. They moved to Torrington Wyoming, and Matt worked for the MC Schaff Corporation in Scottsbluff and then Great Western Sugar as the health and safety coordinator. Starting in December 2019, he was admitted to Regional West Medical Center numerous times. In September, he was transferred to the Medical Center of the Rockies in Loveland, Colorado, in critical condition. He experienced organ failure, and on Wednesday, September 23, he was taken into the loving arms of his Savior. Matthew was an avid golfer, snowmobiler, Chevy truck enthusiast, fisherman, and shooter. He was a key member of a 4 man team that set a world record for the longest Jet Ski trip, when they navigated the rivers from the mouth of the Mississippi to the Pacific Ocean. His team was the first to cross the United States on a jet ski from east to west and south to north. He also played an integral part and was proud of his association with Veterans Outreach Group. He was a member of the High Plains Auto Club. Matt was loved and admired by his family and friends for his gentle spirit, huge heart that made him want to take care of everyone, his quick wit and sense of humor that kept everyone laughing. His generosity always put the needs of others first. Matthew is the son of Allan and Cher Maybee of Scottsbluff. He is deeply loved by: his daughter Claire and his son Cole, brother Marc and family Megan, Olivia, and Ava, brother Chuck and Alberta Maybee, nephew Tyler and Lauren Maybee, niece Katie Ringenberg, John and Charlotte, niece Christine Maybee, cousin Rob Mueller and Rebecca, Manfred Roenz, Mitzi and Wayne Mueller and many other family and friends. A celebration of life will be held to honor Matt at 1:00p.m. on Sunday, October 18, in the courtyard at Barn Anew Bed and Breakfast located at 170549 County Road L Mitchell, Nebraska, where he was married, and his children were baptized. In case of inclement weather, the celebration will be held at St. Francis Episcopal Church in Scottsbluff on the corner of 20th Street and 1st Avenue. Cremation has taken place and his ashes will be dispersed in the Snowy Range Mountains that he loved and spent cherished times snowmobiling, fishing, and 4 wheeling. Memorials may be made to the Claire and Cole Maybee Memorial fund at Platte Valley Bank in Scottsbluff, NE (1212 Circle Drive, Scottsbluff, NE 69361).

Matthew Allan Maybee was born in Riverton, Wyoming April 28, 1981. He graduated from Riverton High School with the class of 2000. He graduated from the University of Wyoming with a degree in geology and applied sciences and mathematics. His... View Obituary & Service Information

The family of Matthew Maybee created this Life Tributes page to make it easy to share your memories.