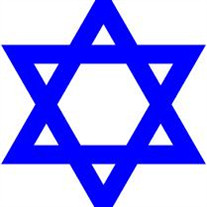 Melvina Richman, 85 of Fort Collins died Thursday, May 11, 2017. She was born to Louis and Rae (Miller) Green in Buffalo, New York on January 24, 1932. Melvina was raised with her brothers, Bernard and Irwin in Buffalo, New York where she attended elementary and high school. She graduated from Buffalo State Teachers College, and taught first grade until her first child was born. Later in life, Melvina went back to work as a receptionist/secretary for various companies, until retiring in her early 70's from Jewish Family Service in Livingston, NJ. Melvina met her husband, David Lawrence Richman in 1956. They were married less than a year later in Buffalo, New York on December 22, 1957. Together, they raised four wonderful children, Natalie, Howard, Kenneth and Martin. The family moved to Rochester, New York to South Orange, NJ; then from Union, NJ to Fort Collins, CO. Melvina will best be remembered for her amazing intuition and people skills. She was devoted to Judaism; true to her faith she attended the synagogue, Oheb Shalom in South Orange, NJ and Congregation Har Shalom in Fort Collins, CO. Melvina had an adventurous spirit and loved going everywhere, taking her children with her. As a mother, she taught her children the marvelous life skills that serve them well to this day; from her incredible talent as a baker to her passion for opera, Melvina was an inspiration. She will be truly missed and dearly loved by of her family and those that knew her. Melvina is survived by her daughter, Natalie Fields and her children, Miriam and Noah from Fort Collins, CO; son, Howard Richman from Jersey City, NJ; son, Kenneth (Leslie) Richman and their twins, Anson and Joss from Boston, MA; son, Martin (Joanne) Richman from Worcester, MA. She is preceded in death by her husband, David Richman; brother, Irwin Green; brother, Bernard Green and her parents. Interment was held Friday, May 11th at Roselawn Cemetery. Memorial services will be held at 12:30 PM, Sunday, May 14th at Congregation Har Shalom, 725 West Drake Road, Fort Collins. Melvina's family is especially grateful to Columbine West Health & Rehab facility and to Halcyon Hospice for the loving care and support provided to both Melvina and her family. If donations were considered, please make them in Melvina's memory to the Columbine West Activities Dept/Music Programs or to Halcyon Hospice's music therapy department c/o Goes Funeral Care, 3665 Canal Dr., Suite E, Fort Collins, CO 80524.

The family of Melvina Richman created this Life Tributes page to make it easy to share your memories.