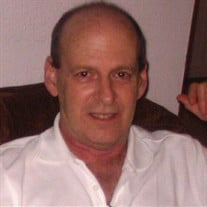 Michael Del Duca passed away August 28, 2019 from cancer, at his home in Fort Collins, Colorado. Mike grew up in Warren, Ohio where he worked in the auto industry until the downturn in the early 1980’s. Mike moved his family to Fort Collins, where his parents moved in 1970. Mike began working at the University Park Holiday Inn (Hilton of Fort Collins) and rose through the ranks. He enjoyed the challenges of managing hotels in both Operations and Food and Beverage. After several years in corporate, Mike left Holiday Inn to assist Steve and Missy Levinger in opening the Armstrong Hotel. When an opportunity arose... The Chocolate Cafe began as a dessert only cafe, fashioned after dessert cafes found in Europe. Mike had a passion for baking and creating beautiful desserts. Fresh, homemade desserts and dessert martinis, coffee and tea were served seven days a week. Savory items were added later. While Mike worked hard to create a wonderful atmosphere for the customers and the staff who worked for him, he also entertained a wonderful project called “Chefs on the Go” where Christina Marie brought children into the many Fort Collins restaurants to experience what it is like to be a chef. Mike loved this so much and the Chefs on the Go came often to play in the kitchen. The Chocolate Cafe had engagements, romances began, celebrations of all types and at least two ladies had their water break while enjoying chocolate deliciousness… only to postpone the trip to the hospital to finish their dessert. July 2018, Mike sadly decided to close The Chocolate Cafe due to his illness. He could not devote the time, passion and energy to do these things he loved. Mike fought his illness diligently and bravely with Diane, his children and family at his side until he could fight no longer. Mike leaves his wife of 42 years, Diane, two children, daughter Angela Del Duca Grisham (married to Daniel Grisham), son Brian Del Duca (married to Stephanie Logston Del Duca) and three grandchildren whom he loved dearly, Sean, Matthew, and Sofia Grisham. He also leaves his siblings, , Linda Del Duca King (Daniel King), Joseph Del Duca (June Del Duca), Mary Elizabeth (Missy) Del Duca Levinger (Steve Levinger) and Nancy Del Duca Fritz (Derek Fritz). His Father Victor Del Duca and Betty Irene Wolf Del Duca preceded him in death. Mike requested no memorial service.

Michael Del Duca passed away August 28, 2019 from cancer, at his home in Fort Collins, Colorado. Mike grew up in Warren, Ohio where he worked in the auto industry until the downturn in the early 1980&#8217;s. Mike moved his family to Fort Collins,... View Obituary & Service Information

The family of Michael Del Duca created this Life Tributes page to make it easy to share your memories.