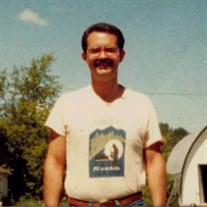 Michael Paul Kosakewich, “Mike”, 62, of Fort Collins, died peacefully at home Saturday, October 28, 2017. Memorial Mass will be held at 9:30 am Friday, November 3 at St. Joseph Catholic Church, 300 West Mountain Avenue, Fort Collins, CO 80521. Mike was born in Cheyenne, Wyoming on April 18, 1955 to parents Paul and Wanell Kosakewich. From the very beginning, Mike was gifted with machines. He fixed the family’s dishwasher at only 4 years old. In grade school, he showed his brother, Steven, how the lawnmower worked. He had the whole thing taken apart on the front lawn, explaining the combustion engine. When they got a little older, his mechanical mind set to work on a minibike he owned that had a kill-switch. He would take his siblings out on it, and then one day they got the throttle stuck at full speed. There was no way to stop but by engaging the clutch and putting his foot down! Throughout high school, Michael continued his interest in machinery. He graduated from Poudre High School in 1974 and continued on to gain vocational credentials to be a machine shop trade and industrial instructor. A self-taught machinist, tool and die maker, Mike’s creative mind never stopped working. He was employed at Schneidmiller, a company that makes industrial embroidery machines, and was such a trusted employee that he was a pallbearer for “Old Schneidmiller.” Mike also worked at Milco, where he worked on manufacturing and engineering products, as well as at Woodward Governor. And he had his own personal business, Fort Collins Machining and Tool Grinding. He even had personalized license plates that read “FT MACH”. Michael’s inventive side wasn’t limited to his 8 to 5. He had several equipment and fixture patents, including a moving bristle brush and a toothbrush with enhanced cleaning effects. He wasn’t able to execute all of his patents as his ability to work slowed down after his diagnosis, but even long into his fight with cancer, he continued tinkering. Michael’s connection to manufacturing gave him concern for the country as a whole, specifically the effects of NAFTA, which created a loss of manufacturing work and American-made goods in the country. Michael shared his life with Bronwen Valentine, his life partner. He lived in Cheyenne, WY, Wray, CO, Loveland and, since 1980, Fort Collins. Bronwen and all those who knew Michael, feel deeply the loss of this brilliant man’s life. Mike was always going. He had a recumbent bike that of course, he custom made himself. He used to ride all the way from Fort Collins to Estes Park regularly. It was common to find Michael whipping up a culinary masterpiece in the kitchen. He came up with the most delicious dishes. Music also got him excited, head bobbing to the sounds of jazz, pop, and instrumental tunes. Everyone will also remember Mike’s love for Siamese cats. He had a series of them, all named “Freddy.” His last Fred died last month at the age of 22. Mike was a lifelong Catholic. He was devoted to the church, his work, and his family. Although he never had children of his own, he was very close to his many nieces and nephews, who helped fill that void. Mike’s sense of humor remained intact throughout life’s struggles and helped his loved ones cope with the loss of his life. He always had sharp one-liners and he claimed to only tell clean jokes. His infectious laughter will be greatly missed. Michael is survived by life partner, Bronwen Valentine; siblings, Georgeann Brewer, Steven Kosakewich, Andy Kosakewich, Tina Carr, and Joe Kosakewich; nieces and nephews, Lisa, Jefferey, Casey, Caleb, Trina, Marcel, Jason, Lance, Drew, Ryan, Heather, Kent, and Luke; other family members Keiren, Vera and Brynn. He was preceded in death by parents Paul and Wanell; siblings Virginia, Helene, Cindy and Anthony; and pets Freddy and Ben.

The family of Michael Paul Kosakewich created this Life Tributes page to make it easy to share your memories.