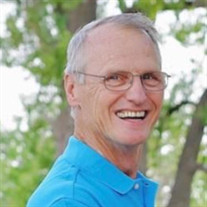 Milford Eugene Thieszen, age 72, a resident of Fort Collins, CO (a place he once described as ‘paradise’), died peacefully in his home on March 20, 2022 after a 7 year struggle with cancer. Milford was born in a small Mennonite community in Nebraska to Gustav and Anna Thieszen and attended Nebraska Christian High School in Central City where he met the love of his life, Sally. He then went to Grace Bible College in Omaha. On June 27, 1970, during their following tenure as students at the University of Nebraska at Lincoln, Milford & Sally were married. Milford graduated from Nebraska with a degree in Zoology. He went on to graduate from the University of Nebraska College of Medicine in 1975 and to attend residency at the Weld County General Hospital (now NCMC) in Greeley from 1975-1978, where he was among the first Family Practice trained physicians. Dr. Milford Thieszen was on the Poudre Valley Hospital staff for 26 years and was in group and solo practice for many years. He particularly enjoyed obstetrics, surgery and pediatrics. His last twelve years of practice were with the Veterans Administration in Cheyenne & Fort Collins. He was a member of the American Academy of Family Practice and was certified and re-certified by the American Board of Family Medicine throughout his career. He was a gifted physician who was well loved by his patients, many of whom went to him for twenty years or more. He enjoyed medical mission trips to other countries with each of his children. Milford was selfless, always caring for others more than himself and continually served those around him. He was a capable builder and felt most at home when working on a project. His joy was in his family and he was proud of his children and grandchildren. He enjoyed close friendships in long-term bible studies. He loved the outdoors and time in God’s creation. He is survived by Sally, his spouse of more than 50 years, his children John (Carmen) Thieszen, Anna (Will) Morris, and Mark (Lauren) Thieszen, and nine wonderful grandchildren. He is also survived by three siblings; Verla, Twila and Elroy. He was preceded in death by his parents, Gus and Anna and his brother, Don. The family wishes to give special thanks to so many family friends and Discovery Fellowship members who have faithfully prayed for Milford throughout the seven years battling cancer. A service will be held at Discovery Fellowship Church at 6630 Brittany Dr., Fort Collins, at 2pm on Thursday, March 24th. Donations may be made to the Alpha Center in memory of Milford Thieszen.

Milford Eugene Thieszen, age 72, a resident of Fort Collins, CO (a place he once described as &#8216;paradise&#8217;), died peacefully in his home on March 20, 2022 after a 7 year struggle with cancer. Milford was born in a small Mennonite... View Obituary & Service Information

The family of Milford Eugene Thieszen created this Life Tributes page to make it easy to share your memories.