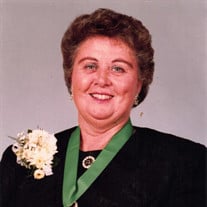 After a long and difficult journey, Nancy J. O’Connor passed away October 25, 2019. Nancy J. O’Connor was born in Massachusetts to Joseph O’Connor and Marjorie Mulchahy in 1934. She attended elementary school there and in California, graduating from Lakeview High School in Chicago. She earned a Bachelor’s degree from the University of Northern Iowa, a Masters and Doctorate degree from the University of Northern Colorado in Greeley. She taught and coached in Los Angeles and Tustin, California public schools before coming to Fort Collins. She was hired in the Physical Education Department at CSU in 1964 and began her career in teaching, coaching and administration. She was a pioneer of women’s athletics at Colorado State University. In 1964, she started the women’s swim team. From 1964 to 1977 she led them to a 118-4 record in dual and triangular meets, winning seven regional championships and finishing in the top ten nationally five times. No other CSU coach has a superior record. Dr. O’Connor became the director of women’s athletics in 1975 and worked with Fum McGraw until the department brought all athletics under one director. During the time she served as women’s athletic director, she oversaw the varsity women’s programs established through Title IX. In 1992, Dr. O’Connor was inducted into the Colorado State University Hall of Fame. She worked tirelessly for women’s athletics throughout her career. She cared deeply about the many athletes, students and coaches and made many lifelong friends along the way. After her retirement from CSU in 1991 she remained in Fort Collins and worked for a time as a representative for the retirement program VALIC(AIG). She continued spending summers in Door County, Wisconsin where she was able to enjoy her love of the beach, sailing, swimming in Lake Michigan and the company of her many friends and summer guests. Nancy leaves behind many friends and students whose lives have been enriched by her. Heartfelt thanks to her many caregivers at Lemay Avenue Health and Rehab, Donna Forbes, and Emily Settles, friend and caregiver. A memorial service for Nancy will take place at 1:00 pm, November 23rd, 2019 at Goes Funeral Care in Fort Collins.

The family of Nancy J. O'Connor created this Life Tributes page to make it easy to share your memories.

After a long and difficult journey, Nancy J. O’Connor passed...