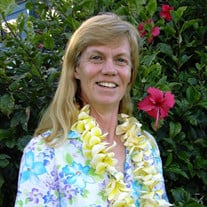 Pat Cole was born in the Chicago area, and grew up in Wilmette. She began her love of the classics with six semesters of Latin language in high school. As a child, she became acquainted with two important mentors, Marge and Glen Estle, and enjoyed spending summers with them at their cabin on Gunflint Lake, on the border between Minnesota and Canada. She would go there many times over the years, and took her children, as well. It was greatly enjoyed by all. Pat attended St. Olaf College in Northfield, Minnesota from 1968 and graduated with a degree in General History and Biology in 1972. At this time, she was advised that women had three job options: teacher, nurse, or librarian. She intended to become a high school Biology teacher, and General History was recommended as a more marketable degree than Classics. After graduation, she moved to Washington, DC and worked in the student activities office at Catholic University for three years. Her first attempt to attend veterinary school resulted in rejection in 1975, when the University of Minnesota accepted a mere eight women into its class that year. However, thanks to the passing of Title IX in 1972 (while best known for its impact on athletics, this amendment to the Higher Education Act of 1965 served many anti-discrimination functions beyond sports), her second application for 1976 was successful as the provisions of the law required universities to accept more qualified women into advanced degree programs. In addition to veterinary school, she was also accepted into pharmacy and law schools, but chose veterinary medicine. Upon graduation in 1980, she began a career as a private practice small animal veterinarian. After two years, she returned to the University of Minnesota in 1982 to complete a veterinary pathology residency and earn a PhD. During this time, her first child, Ted, was born. When she completed her program, she joined the faculty of Colorado State University in 1988. She remained there for 31 years and was dedicated to quality diagnostics and advancement of veterinary student and resident education. She served as a mentor for many classes of veterinary students and residents, and was a valuable resource for her colleagues. She was also well known for incorporating history into her lectures. All the while, her interest in travel blossomed. The beginnings can be traced to her opportunity to travel to Egypt in the mid-70s. Her first taste of international travel was followed up in the late 1970s by trips to Europe, including Italy and Greece, which her love of history made particularly poignant. As soon as her daughters Meg and Emily, born in the 1990s, were old enough to travel, Pat began a family tradition of returning to Europe almost every year. They traveled to Italy, France, the United Kingdom, Germany, Greece, Switzerland, Austria, Spain, Morocco and more. Her four trips to Italy rekindled her interest in Latin and inspired her to begin taking Latin language classes at CSU. She continued her explorations almost until the very end of her life. Less than a year prior to her passing, she traveled to Bulgaria, Hungary, Iceland and Ireland in two back-to-back trips separated by a round of chemotherapy. In addition to international destinations, she traveled and camped extensively within the United States. She spent a significant amount of time in Hawaii, where she traveled to nearly every year for over a decade, and where her ashes will be scattered. Never lacking for variety, Pat developed a strong interest in horse riding as a young adult, which she pursued for several decades. She was very involved with dressage, NCDA, and enjoyed trail riding with some of her close friends. Her experience with breast cancer began in 1996, with a major recurrence beginning in 2011. She was so strong and determined to defeat the menace, that except for brief periods recovering from surgery of the like, even most who knew her did not know she was ill. Her positive mentality and perseverance in the face of impossible odds have been very inspiring to all who knew her. Donations can be made in her name to: The Nature Conservancy: https://support.nature.org/site/Donation2?15000.donation=form1&df_id=15000&resultid=7TV The Fort Collins Cat Rescue Spay and Neuter Clinic and Shelter https://www.fccrsnc.org/Donate_Online.php

Pat Cole was born in the Chicago area, and grew up in Wilmette. She began her love of the classics with six semesters of Latin language in high school. As a child, she became acquainted with two important mentors, Marge and Glen Estle, and... View Obituary & Service Information

The family of Patricia Ann Cole created this Life Tributes page to make it easy to share your memories.

Pat Cole was born in the Chicago area, and grew up in Wilmette....