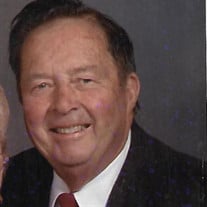 Peter J. Dugal, age 88, entered into eternal life on February 6, 2017 at the home of his son, Dan Dugal, in Fort Collins , CO. Peter was born to Lawrence and Lillian (Barrington) Dugal on April 9, 1928 in Cadott, Wisconsin. He attended St. Joseph’s Elementary School and Cadott High School. He left high school at the end of his junior year enlisting in the Army Transport during World War II. He was assigned to the USAT Daniel Willard carrying ammunition to the Aleutian Islands. Peter returned home in September after the war to graduate with his classmates in June of 1946. After graduation, he enlisted and served in the United States Navy for two years. He also served time in the U.S. Air Force. After service, he attended the University of Chicago. Returning to Cadott, Peter joined his father operating the Dugal Oil Company and became active in local and state politics. As Chairman of the Chippewa County Democratic Party, he was granted the opportunity to help and promote John F. Kennedy in his campaign for the presidency. He drove then Senator Kennedy and his wife, Jacqueline, throughout northwestern Wisconsin introducing them to locals, organizing rallies, etc. He was a delegate to the National Convention in 1960 and attended JFK’s inauguration as President of the United States. He also worked on Robert F. Kennedy’s presidential campaign and attended his funeral after his assassination. Following the sale of the Dugal Oil Company in 1977, Peter worked for the Wisconsin State Department of Transportation as a Highway Safety Coordinator. He dealt with local units of government, sheriff and police depts., schools, etc. promoting programs involved with highway safety. As an EMT, ambulance driver, scuba recovery diver, member of the civil air patrol, etc. , Peter volunteered many hours of service to his local community. He was a member of the VFW, American Legion, Lions Club, a board member of The Association of Wo(man) Highway Safety Leaders, and served on many other local and state civic committees and associations throughout his life. At a political rally for John F. Kennedy in Milwaukee, he met Virginia Smigelski. They were married at St. Gregory’s Catholic Church in Milwaukee on August 14, 1965. They had made their home in Cadott for 49 of their 51 years of marriage, moving to Fort Collins, CO to be closer to family because of Peter’s illness. He was preceded in death by his parents, Lawrence and Lillian Dugal, and his son, Dennis Dugal, from his first marriage. He is survived by his wife, Virginia, and three children: Jim, Dan, and Holly. Visitation will take place Saturday, February 18, 2017 at St. Rose of Lima Church in Cadott beginning at 9:30 a.m. followed by a Mass of Christian Burial at 11:00 a.m. with Father William Felix officiating. He will be laid to rest in St. Rose Cemetery in Cadott.

Peter J. Dugal, age 88, entered into eternal life on February 6, 2017 at the home of his son, Dan Dugal, in Fort Collins , CO. Peter was born to Lawrence and Lillian (Barrington) Dugal on April 9, 1928 in Cadott, Wisconsin. He attended St.... View Obituary & Service Information

The family of Peter James Dugal created this Life Tributes page to make it easy to share your memories.