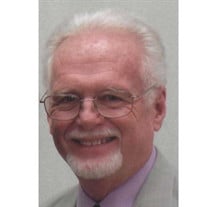 Philip Dickson Wilgers, 81, of Fort Collins, Colorado passed away peacefully on the morning of Tuesday, October 19, 2021. Phil was born on February 13, 1940 in Marysville, Kansas, to William D. and Marguerite (Dickson) Wilgers. He graduated from high school a year early so that he could attend the Naval Academy at Annapolis for seven months before deciding that path was not the right one for him. The right one involved walking down the aisle with his high school sweet-heart, Joyce Marie Bieker, and the two were wed on August 22, 1959. Phil graduated from Kansas State University in 1961. Phil began his career in the workplace by holding various positions in commercial banks. From 1980-85, Phil enjoyed one of his favorite jobs as Business Manager and Company Pilot for the International Limousin Journal. For the next decade of his life, he worked as a Cost Administrator at the Rocky Flats Nuclear Weapons Plant. From 1998-2004, he was the Business Administrator and Associate Pastor at First Christian Church in Fort Collins. While dutiful and more than capable in his various jobs, Phil’s true passions lay outside of the workplace for much of his life. He loved spending time with his close-knit family or pursuing his love of knowledge and wisdom by continually being a student himself and a teacher to others. He also found great joy in being a pilot. Most of all, however, his life was centered on Christ. No one who knew Phil for long could doubt his love and commitment to his Savior and Friend, Jesus Christ. Time spent apart from work or family meant time spent in ministry, leading countless Bible studies and discipling many Christians, as exampled by the time he spent as President of Full Gospel Businessmen’s Fellowship. By the end of his career, Phil was able to match his passion with his work, as the last decade of his work life was spent pastoring the residents of the Water Valley Good Samaritan in Windsor. Phil is survived by his wife Joyce Wilgers, his children David Wilgers, Chris (Tammy) Wilgers, Amy (Eric) Penniman, Laurie (Kent) Bowen, eight grandchildren, nine great grandchildren, his sister Mary Lee Warner (Nick), five nieces, two nephews and the countless others who were not related to him but whose lives he blessed nonetheless. Phil’s memorial service will be held at Redeemer Lutheran Church in Fort Collins on Thursday, Nov. 4 at 2 p.m., inurnment and cookie reception to follow service. For a live stream of the service, please go to live.redeemerconnect.com. In lieu of flowers, donations may be made in honor of Phil to Pathways of Northern Colorado or Good Samaritan Water Valley Chapel Operations Fund, c/o John McElderry, 805 Compassion Drive, Windsor, CO 80550.

The family of Philip Dickson Wilgers created this Life Tributes page to make it easy to share your memories.