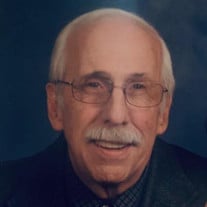 Quentin George Gauerke, son of Benjamin Alexander Gauerke and Ilma Edna Natzke Gauerke was born in Hustisford, Wisconsin June 30, 1942 and died June 26, 2021 in Loveland, CO at 78 years old. He is survived by his wife of 57 years Carol Faith Vogel Gauerke, his two daughters Kathi Lynn Fanning (Greg) and Michele Gauerke (Mark Schwartz), his grandchildren Alex Fanning (Alyssa) and Madison Fanning, and his brother-in-law Leroy “Skip” Vogel who was more than a brother. Quent grew up in Ashippun, WI and moved to Ocononowoc, WI where he graduated from High School in 1960. He attended Concordia College Chicago where he graduated with a B.S. in Education in 1964. He pursued his Master’s in History at Concordia University Chicago and transferred to CSU Long Beach. In California he taught 5th grade and P.E. in Covina until 1965 when he became the minister of Education at Saint John’s Long Beach, CA and served as principal and youth director. During this time, two daughters, Kathi and Michele made their entrances into his and Carol’s lives. In 1971 he moved his family to Summit County, CO to return to the mountains that he loved growing up. There he opened Tenderfoot Sports and Ski Shop and was a decisive influence in establishing Lord of the Mountains Lutheran Church. He was also a founding member and chairman of the Board for Silverthorne Fire Protection District from 1974-1979. He served as an officer in the Dillon Police Department through 1982 and owned and operated a security service for the new development in Summit County with his ever-faithful trained German shepherd Stryder by his side. In 1983 Quent and Carol moved to Thornton, CO where he managed Service Merchandise stores and was a trouble shooter for the S.W. District taking him to many stores throughout New Mexico, Nevada, Oklahoma and California. When Service Merchandise closed, he gladly filled the role of Honey Do repairman for the widows of our church, neighbors, friends and local charities. But his favorite time was Camp Pa during the summer with his grandchildren Alex and Madi! His joy was motorcycle riding and he traveled from California to Maine across Canada and Glacier National Park to the Grand Canyon. Traveling was his favorite adventure every summer with his children and then with his grandchildren. What a Joy! He loved working with wood all his life in many medias. He was an avid reader and an accomplished crossword puzzle solver. His journey with the Lord was a part of daily life, with prayer, bible studies, Deacon at Redeemer Lutheran Greeley and just sitting and talking theology with his brother-in-law and best friend Skip and anyone else willing. He retired to Loveland, CO in 2010 to be near his children and grandchildren. He counted his life as a blessing from the Lord each step of the way and every day. A celebration of Quent’s life will be held on Saturday, July 3, 2021 at 2:00 p.m. at Redeemer Lutheran Church Greeley, 7263 W. 4th Street with a reception to follow. In lieu of flowers the family asks that donations in Quent’s memory be made to The Center for Trauma & Resilience (303)860-0660 or www.traumahealth.org

The family of Quentin Gauerke created this Life Tributes page to make it easy to share your memories.