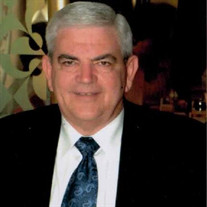 Ralph Arthur Druyor, beloved husband, father, brother, and brother-in-law died in Fort Collins on June 16, 2016 at the age of 67. He is survived by his wife of 45 years, Nicky, his three sons, Randy, Phillip and Tommy. He also leaves behind three siblings, Keith, Karen, and Joyce. He grew up in Bellflower, California the oldest child of Fred and Viola. As a child he worked alongside his family at a mattress shop loading trucks. At the age of 17 he joined the United States Marine Corps, proudly serving two tours in the Vietnam War and earning two purple hearts. The pride, discipline, and patriotism he learned in the Marine Corps never left him, as family and friends will attest. After being honorably discharged from the Marine Corps he followed his passion and became a truck driver, logging over 5 million miles accident free. Ralph met the love of his life, Nicky in 1971 and quickly made the best decision of his life and married her. Ralph and Nicky settled down in Whittier, CA where they raised three sons and made countless friends. They remained in Whittier for the next 42 years until they retired and moved to Fort Collins, Colorado. There, he couldn’t stay away from the trucks and got a job at JDX Racing in Loveland, Colorado. He loved his family and friends and would drop everything to offer a helping hand to anyone in need. He will be missed dearly and forever. Semper Fidelis! Services will be held Wednesday, June 22nd at 11:15 a.m. at Fort Logan National Cemetery in Denver, CO. There will be a separate memorial service in Southern California and details will follow. We will update this when that information is available. In lieu of flowers please send donations to www.MarinesHelpingMarines.org/donations-gift.asp in memory of Ralph Druyor.

Ralph Arthur Druyor, beloved husband, father, brother, and brother-in-law died in Fort Collins on June 16, 2016 at the age of 67. He is survived by his wife of 45 years, Nicky, his three sons, Randy, Phillip and Tommy. He also leaves behind... View Obituary & Service Information

The family of Ralph Arthur Druyor created this Life Tributes page to make it easy to share your memories.