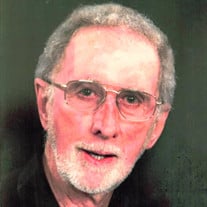 Richard (Dick) Hartig joined God’s heavenly kingdom on Friday, March 6, 2020, just one month shy of celebrating his 92nd Birthday. We are thankful he passed without pain and for the last ten days of his life was able to recognize and share memories with family and friends via Facetime. Dick was born April 6, 1928 in Sheboygan, Wisconsin to parents, Reinhold and Adeline Hartig. Following high school, Dick enlisted in the US Air Force, serving as a radar repair technician in Korea and Japan from 1946-1949. He then earned a forestry degree from Purdue University and master’s degree in Genetics from the University of Wisconsin which led to treasured experiences as a forestry researcher. He often reminisced about the challenging 120’ Norway pines he climbed. He truly enjoyed the majesty of Northern Wisconsin. In time he joined the World Book Encyclopedia sales leader team which took him in new directions including Green Bay and Neenah, Wi, Sioux City, IA, and ultimately Fort Collins, CO. His World Book role gave him the opportunity to meet former Green Bay Packer great, Bart Starr, beginning a long-term friendship with Bart and Cherry that Dick enjoyed tremendously. The Packers were always #1 in his Football world. For the past few decades, however, the Broncos ran a close second. A love for the outdoors remained a constant throughout Dick’s life including camping, fishing and ice fishing with family and friends being highlights and creating special memories. Dick also enjoyed collecting telephone insulators and later turned his hunt for the rare find to Saturday morning garage sales, getting treasures for his grandchildren. Dick also left a loving legacy with many area daycares and preschools in his years with Books Are Fun. Dick is survived by his wife, Marilyn, children Colleen (Deno) Karegeannes, Steve (Chris) Hartig and Diane Hartig; stepdaughters Melodi Bunting and Lisa (Tim) Smith and grandchildren Austen, Evan (Beth) and Mareda Smith, Joshua and Hannah Bunting and Brecken Karegeannes. Dick was preceded in death by his son, Dan Hartig. An active member of Trinity Lutheran Church in Fort Collins, CO, Dick served faithfully at the Saturday night service for many years. He enjoyed providing rides to church services and making hospital visits to members and friends. A ‘Resurrection Service of Celebration’ will be held at Trinity Lutheran Church in Fort Collins, CO when current conditions are deemed safe for large gatherings. In lieu of flowers the family requests memorials be given to Trinity Lutheran Church or Good Samaritan Village in Fort Collins, CO. An update will be posted on the Goes Funeral Care website and on social media.

Richard (Dick) Hartig joined God&#8217;s heavenly kingdom on Friday, March 6, 2020, just one month shy of celebrating his 92nd Birthday. We are thankful he passed without pain and for the last ten days of his life was able to recognize and... View Obituary & Service Information

The family of Richard Hartig created this Life Tributes page to make it easy to share your memories.