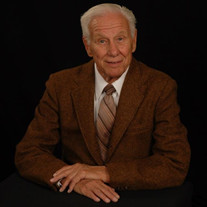 Robert Clayton II died on October 17, 2016, after a long bout with pancreatic cancer. He was born in Fargo, ND on May 26, 1930, to Robert and Lillian Clayton. After spending time in Minnesota and Montana, Robert spent most of his youth in Longview, WA. Following high school, Robert graduated from the U of Washington in 1952 with a degree in Health and Physical Education. The years 1953-54 were spent in the U.S. Army, mostly on the DMZ in Korea. Following military service, Robert earned degrees from the U of Northern Colorado and the U of Oregon, culminating in a doctoral degree in Educational Administration. After teaching and coaching for three years in Longview, WA, he embarked on a college teaching career in Nebraska, Minnesota, North Dakota, and Colorado. In 1959, Robert married fellow educator Joyce Carlson of Stratton, NE. Robert's last teaching position was as Professor and Chairman of the Physical Education Department at CSU from 1975-1980. In 1980, Robert and Joyce started Sport About in Ft Collins, which they actively operated until 1997. Following retirement, the Claytons combined travel and mission as they participated in over a dozen work groups for various churches in the Southwest and Northeast as members of Volunteers in Missions. Robert was passionate about Aquatics. As a competitive swimmer, he won Washington State High School Championships and then earned four varsity letters at the U of Washington. Later on, he competed in the military and with the Colorado Masters. He served the American Red Cross for over 40 years as an instructor, and also taught and coached swimming at the age group, high school, college and Master's levels. The fact that all of his children were competitive swimmers, teachers, and coaches at various times was a source of personal pride. During his career, Robert authored five books, mostly in aquatics. He also served as president of two national professional groups. For over 20 years he conducted an annual Aquatic Management course for the American Swimming Coaches Assn. Robert was an active worshiper and member of Christ United Methodist Church in Ft Collins since 1975, serving on many church boards. Robert is survived by Joyce, his wife of 57 years and children Lisa (Scott) Bare and children Andrew and Meaghan of Coeur d'Alene, ID; Lora (Justin) Gubler and children Clayton and Taylor of Williamsburg, VA; Robert III (Kelly) Clayton and children Robert IV, Noel, Daniel, Anna, Joshua, and Faith of Colorado Springs, CO; and Lynne Boyette with children Hayley, Tyler and Cameron of Spring Hill, KS. Services will be held at Christ United Methodist Church, 311 East Drake, Ft Collins, CO 80525 on Friday, October 28, 2016, at 10:00 a.m. In lieu of flowers, memorial contributions can be sent to the Wider Missions Offerings at Christ United Methodist Church.

Robert Clayton II died on October 17, 2016, after a long bout with pancreatic cancer. He was born in Fargo, ND on May 26, 1930, to Robert and Lillian Clayton. After spending time in Minnesota and Montana, Robert spent most of his youth... View Obituary & Service Information

The family of Robert Donald Clayton Jr. created this Life Tributes page to make it easy to share your memories.