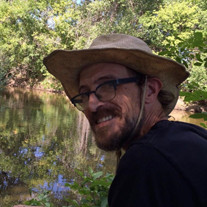 Shawn James Breen, 46, of Fort Collins passed peacefully on January 24, 2021, surrounded by love. Shawn was born in Idaho in 1974. He arrived on an early spring morning to the delight of his parents, Frank and Fran. He grew up with his brothers Dan and Kevin, and sister Beth. His family traveled a lot during Shawn’s formative years. In middle school, Shawn fell in love with music and the saxophone and by the time he graduated from high school, he had developed a deep love for jazz music. His passion took him to Boston where he attended Berklee College of Music. Always driven to be creative, Shawn went on composing and performing jazz music for many years. Later, he moved to New York City to work in finance on Wall Street for over twenty years. It was during this time that he met the one person who would mean so much to him, his wife Sara. An avid plant enthusiast for most of his life and never afraid to pursue new paths, in 2013 Shawn decided to enroll back into college to pursue a degree in gardening, plant design, and botany. Eventually, he attained an Associate Degree in Ornamental Horticulture from Farmingdale State College in Farmingdale, NY, while achieving academic excellence. This change of career called for a move to a new location, Fort Collins, Colorado. His love for nature and the outdoors made Colorado the ideal place to be. He lived a rich life filled with many passions: spirituality, practicing meditation, growing beautiful orchids and tropical plants, caring for his cats and reptiles, reading about history, and writing poetry. Every endeavor was a reflection of Shawn's brilliance. He filled his 46 years with passion, goodness, and strength. After his cancer diagnosis, he fought with grace and courage. Shawn is remembered by his family, many friends, aunts, uncles, and cousins both near and far. Per Shawn’s wishes there is no service planned.

Shawn James Breen, 46, of Fort Collins passed peacefully on January 24, 2021, surrounded by love. Shawn was born in Idaho in 1974. He arrived on an early spring morning to the delight of his parents, Frank and Fran. He grew up with his brothers... View Obituary & Service Information

The family of Shawn Breen created this Life Tributes page to make it easy to share your memories.