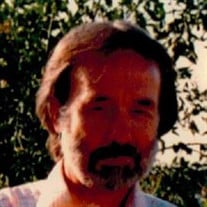 Stanley H. Harper What is the measure of a man? How do you sum up a life and a legacy in words that can only partially express these sentiments? I've been thinking about this some time now. Ever since two weeks ago when Dad suffered a major stroke and then this past Wednesday, the 17th of August when Dad passed away quietly at home surrounded by his loving wife, all six of his remaining children and many of his grandchildren and great grandchildren. To consider Dad's legacy, I thought it best to go back to the beginning of when he first entered the lives of six somewhat unruly children living in a big house far away in Seattle, Washington. The first memory I have of meeting Dad is of him walking through our front door with a beard and to my ever-lasting horror-a ponytail! Mom was dating a wild-eyed hippie. Just great. Well, looks can be deceiving and over the course of the next few months, we all got to know that there was much more to the man than his initial appearance. He was a Junior High School teacher from California and had a great interest in the outdoors which he would eventually share with us. Within just three months after my mom's bold declaration to a friend that she had met "the man she was going to marry" came true and in a simple ceremony before a Judge, we all became a family and moved from Seattle to Antioch California to start a new life. Dad cut the ponytail off. Pools have been dug. Walls have been built. A daughter was lost and Kids grew up and married off and then grandchildren and great grandchildren started popping up everywhere. Well, the years have passed to quickly. Nearly 40 of them since we started. Mom and Dad moved to Colorado. The kids scattered and life moved on. In these last few years Dad enjoyed spending away the hours playing Sudoku and arguing with his seven year old great granddaughter over the rules to some game they were playing. He enjoyed watching TV with Mom and though he was never much into music, he enjoyed listening to Mom's music and he would grow to love "You Light Up My Life" by Debbie Boone and would sing along with Mom to "Four in the Morning" by Faron Young at-you guessed it-4 in the morning. Dad and Mom also enjoyed travelling and on one trip to Hawaii, he was astounded by all the bananas growing "everywhere". Mom and Dads' love for each other was a true inspiration to all of us and to other friends and family. They always worked through the craziness of raising all of us kids and always kissed each other goodnight right up to his passing. He is and was an amazing man. I believe to this day that he was handpicked by God to take on us six kids and He worked hard to be a good dad and passed on his values to us all. The true legacy of a man has never been his status, his bank account or where he hung his hat. The true measure of a man is found in the family he leaves behind and their expressed purpose in honoring his memory by living up to the core values he believed in. I have always been proud to be his son. I am honored to share his last name and I am looking forward to seeing him again one day where I am sure we will sit on a park bench and look at the awesome heavenly sunrises. Thanks for being my Dad. I miss you. Edward~

Stanley H. Harper What is the measure of a man? How do you sum up a life and a legacy in words that can only partially express these sentiments? I've been thinking about this some time now. Ever since two weeks ago when Dad suffered a major... View Obituary & Service Information

The family of Stanley Harrison Harper created this Life Tributes page to make it easy to share your memories.

Stanley H. Harper
What is the measure of a man? How do you sum...